Next Destination: Da Nang/ Hoi An 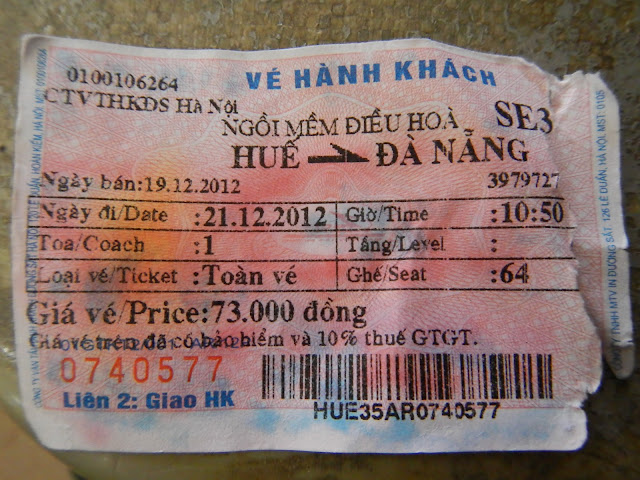 After relaxing in Hue for 3 nights and 4 days, its time keep moving south to Hoi An. Since there is no direct train to Hoi An, Emily (I met at the hotel is also heading the same way as me) and I had to take a 3 hour train to Da Nang first then it's another hour minibus ride to Hoi An. We didn't want to take the bus because the train go right a long the coast line and the view is suppose to be amazing. 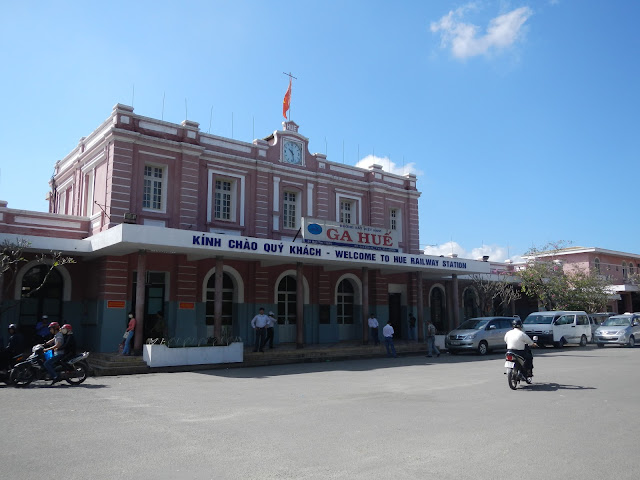 We walked a mile and a half to Hue's train station from our hotel. Took about an hour because we got lost. 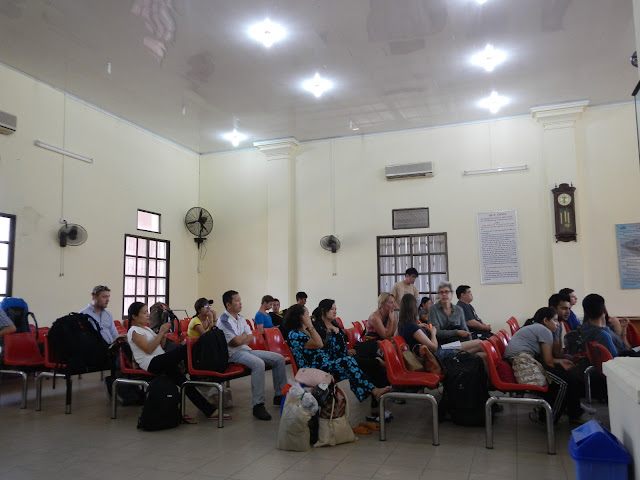 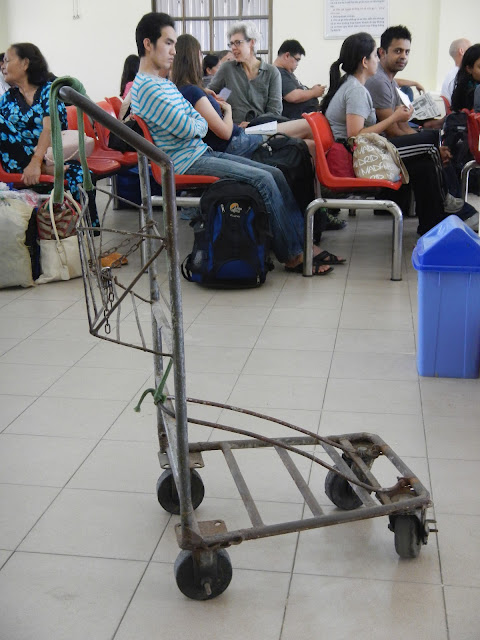 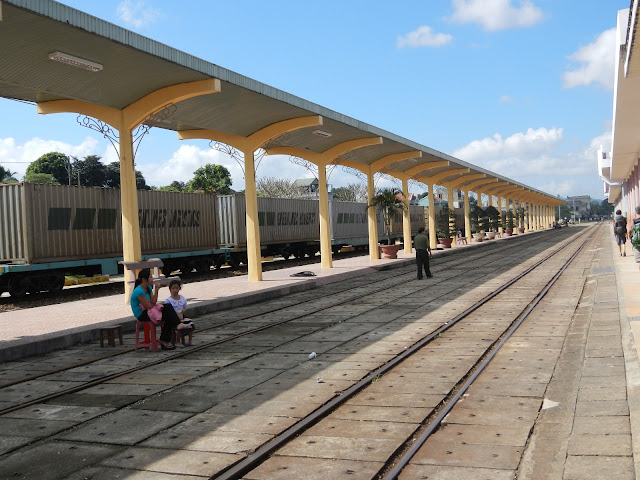 Just a mother and daughter decide to chill in the middle of the rail road tracks. Who cares. 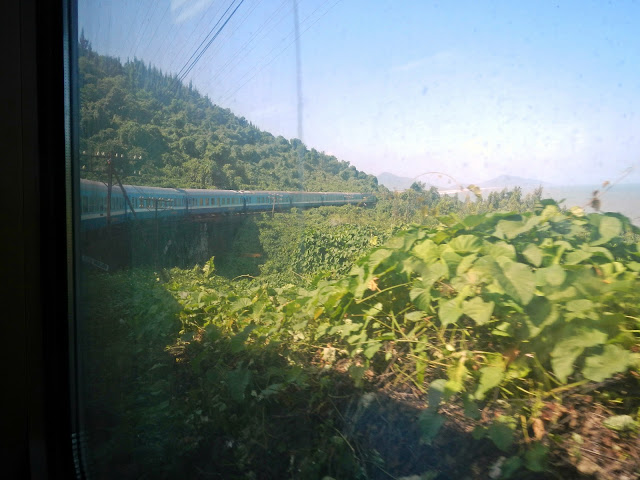 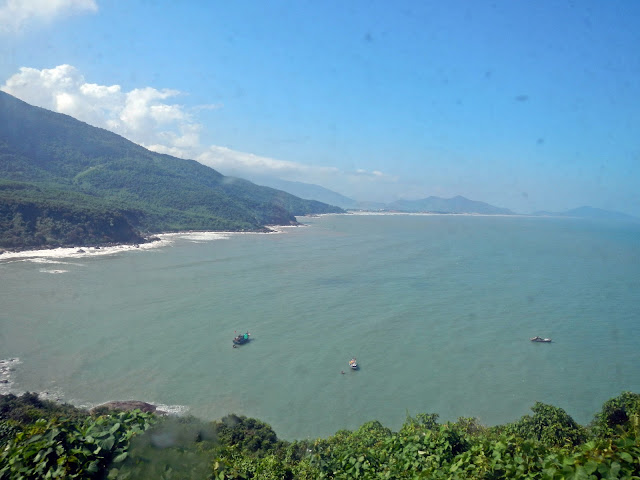 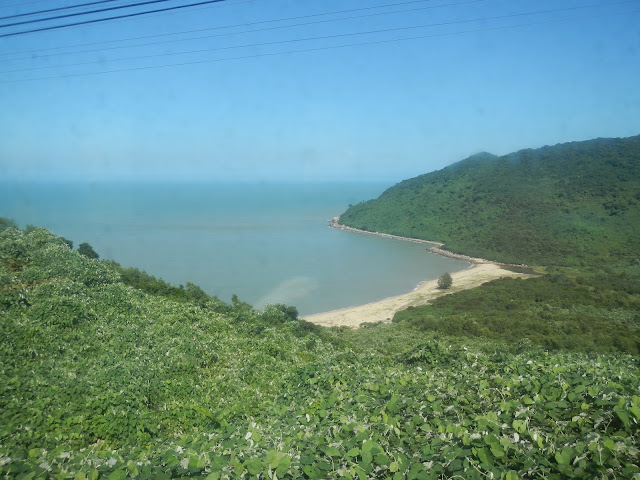 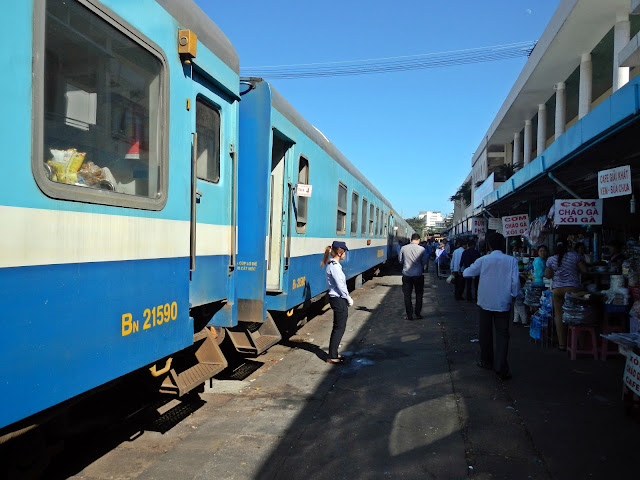 A quick 3 hour ride and we arrived in Da Nang. Street vendors selling food on the right. 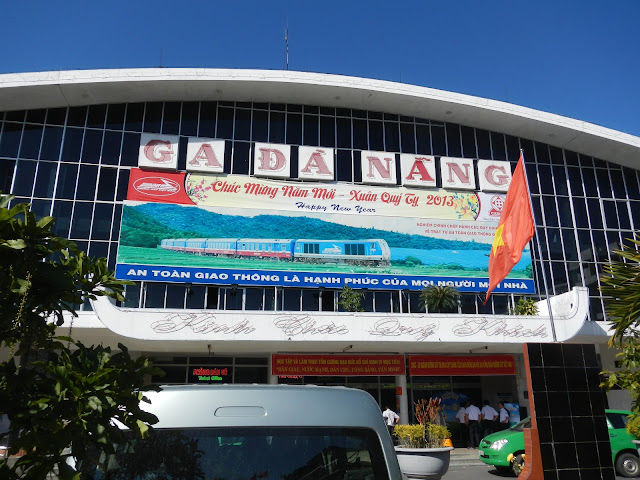 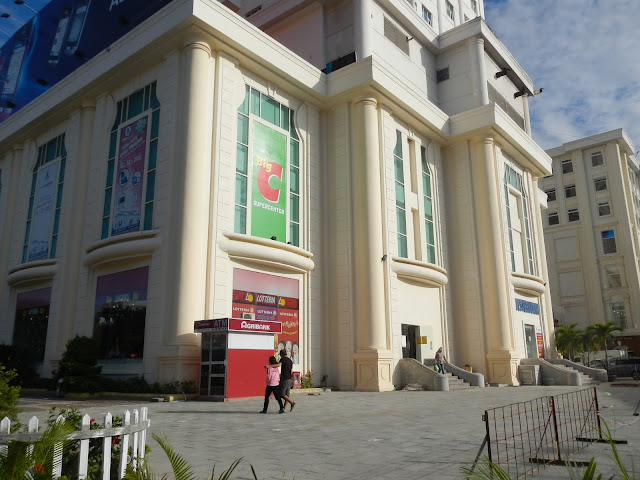 So Emily found out that Big C supermarket (like a Walmart or Target) offer rides to Hoi An if you buy anything over 20,000 Dong ($1). We decided to walk 15 minutes from the train station to Big C to get some food. It's a pretty good deal for an hour ride for $1. It's pretty much a free ride since we spend that dollar on food which we need anyway.  We spend about an hour there since the minibus doesn't depart until 3:30PM. 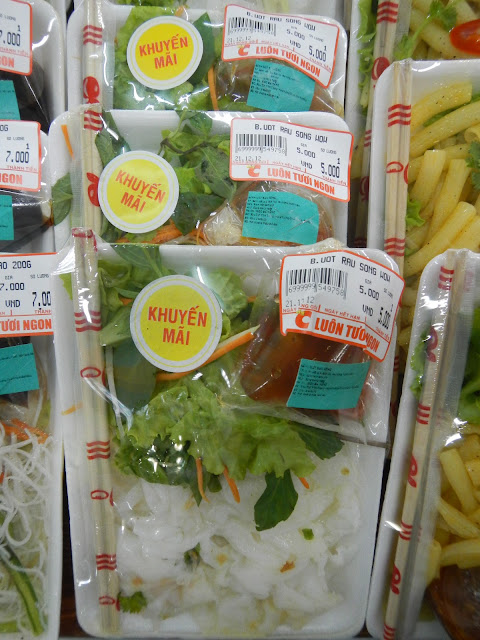 Noodles? I didn't get this. Just thought it looked good and it's pretty darn cheap. This was like $.20. 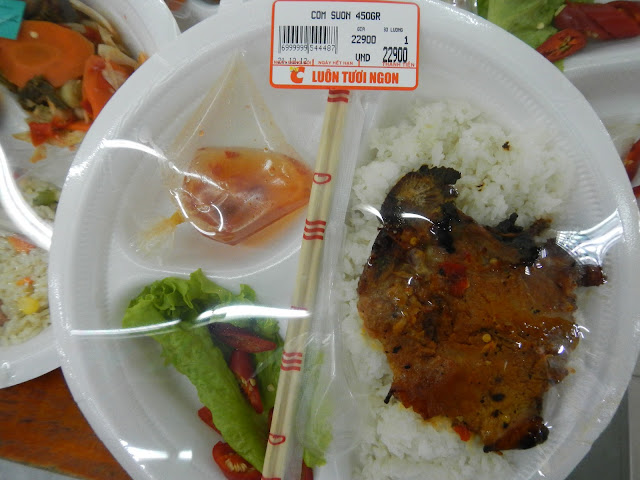 I didn't get this either but also looks really good. Pork with rice. 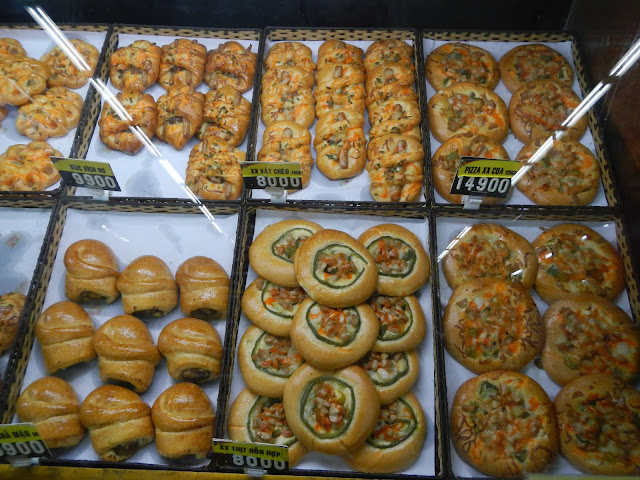 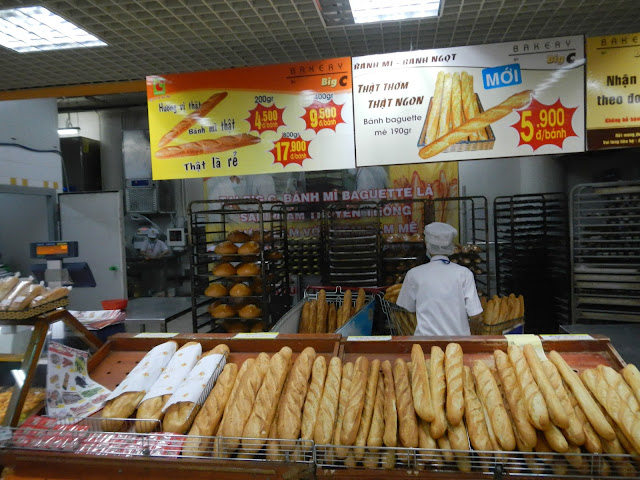 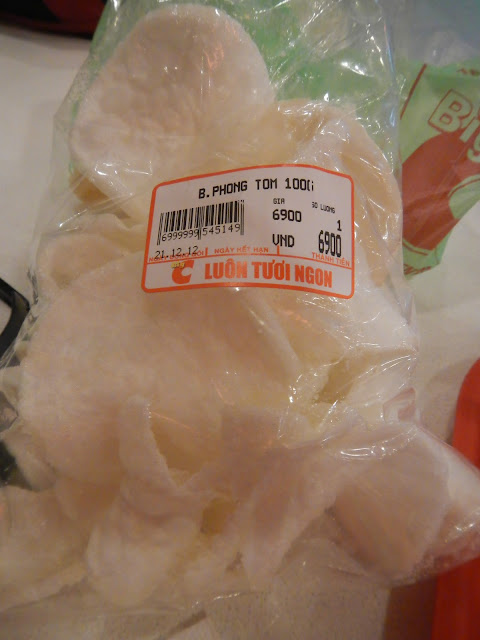 I got a bag of crab chips? I think that is what they call it. I also got some kind of desert but tasted like eating rubber. 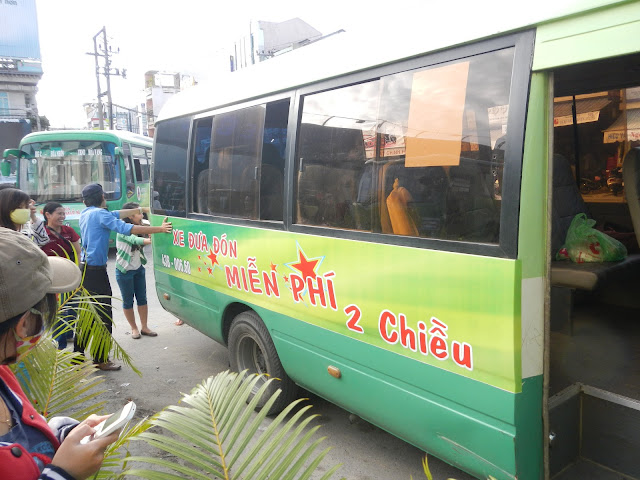 So 3:30 came and we got on the bus. Turned out the minibus wouldn't start. So what do we do? Instead of getting another minibus to replace this one. The driver told us if we could get out and push the minibus while he try to start it. So we all got out, I was the only guy on the minibus and 9 other women, and joined forces together to push this thing. We went back and forth pushing this big piece of metal about 8 times before it starts. It wasn't too bad. Everyone were laughing and having a good time. 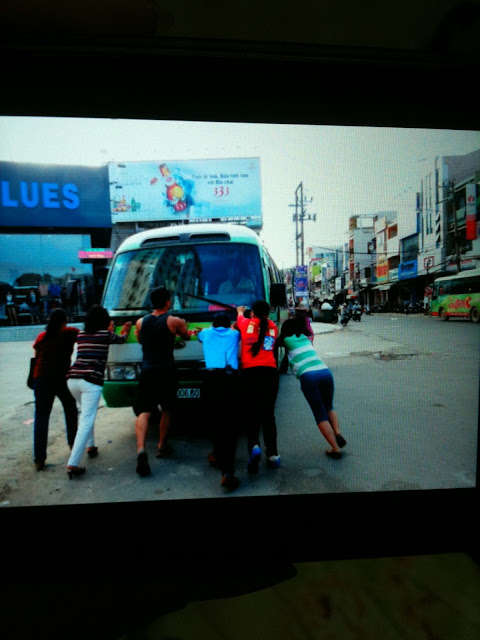 So we did this for about 20 minutes. Pushing from the front then from the back repeatedly  The guy in the blue shirt was nice enough to help us. 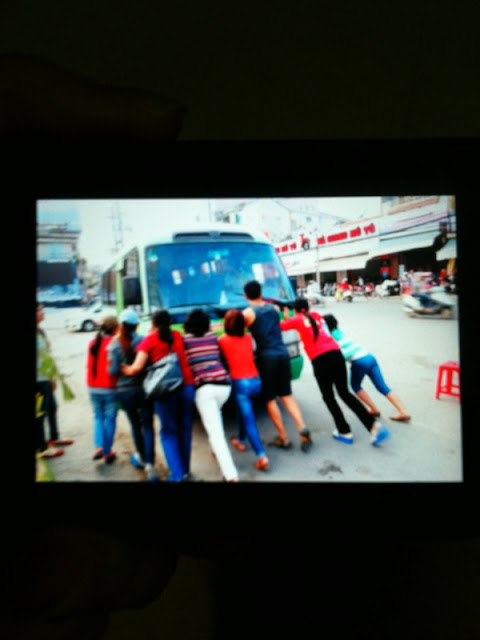 Ordered a bowl of Mi Ga (Chicken noodles soup) and enjoying the scenery.