"To keep you is no benefit, to destroy you is no loss." - Pol Pot, Leader of the Khmer Rouge

In the months following the 1975 Khmer Rouge takeover of Cambodia, they established a number of security prisons throughout the country where torture and executions were routinely carried out. Tuol Svay Prey High School was one of the many locations throughout the country. Renamed as Security Prison 21 (S-21), the prison was set up by Comrade Duch, currently on trial for crimes committed while serving as director of the prison. The five buildings at the school were converted into a prison, torture and interrogation center in August 1975. Classrooms were converted into tiny prison and torture chambers, the windows were covered with iron bars and barbed wire and the buildings were enclosed with an electrified barbed wire fence.

Between 1975 and 1979, approximately 17000 people were held at Tuol Sleng, with between 1000 and 1500 imprisoned at any one time. Of these 17000, only 12 survived. At first, the prisoners at S-21 were mainly from the previous Lon Nol regime and included soldiers, government officials, as well as academics, doctors, teachers, students, factory workers, monks and engineers. Upon arrival, each victim was photographed and made to give a detailed autobiography starting from childhood. On average, prisoners were kept in the prison for up to 3 months, after which they were taken to the killing fields (15km outside of Phnom Penh) for execution.

The interrogation system was one of torture, designed to elicit confessions to whatever crimes the confessors accused people of. The vast majority of prisoners were innocent of the crimes but confessed due to the torture methods they were subjected to. Prisoners were routinely beaten and tortured with electric shocks, searing hot metal instruments and hanging. Sleep deprivation, starvation diets, waterboarding, rape, cutting with knives, suffocating with plastic bags, pulling out fingernails while pouring alcohol on the wounds and holding prisoners’ heads under water were all used to extract the confessions.

Confessions could run to thousands of words, with hundreds of names of family, friends and colleagues being listed. These people were then arrested and brought in for interrogation. The confessions were typically a mixture of real and imaginary events. Following confession, the prisoners were taken outside and killed. For the first year, the killings took place at the prison, but once there was no longer any burial space left, they were taken to Choeung Ek, a killing field 15km away. There, in order to save bullets they were killed by being battered with iron bars, pickaxes, machetes and other makeshift weapons and buried in mass graves.

Today, Tuol Sleng is a genocide museum. It has been left the way it was found when the Khmer Rouge fled Phnom Penh. Thanks to the detailed biographies and photograph the jailers demanded, several rooms are now lined with black and white photographs of the victims. The Choeung Ek killing field is also preserved as a memorial, and both locations are important reminders to humanity of the horrors of war and genocide.

For more information about the Khmer Rouge: http://www.cambodiatribunal.org/history/khmer-rouge-history 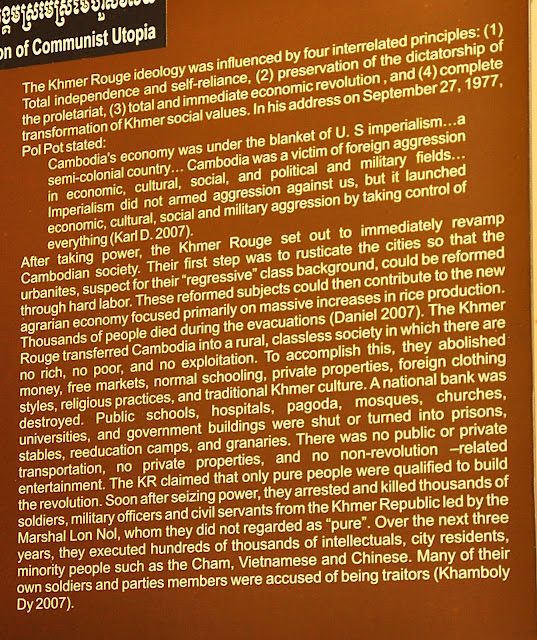 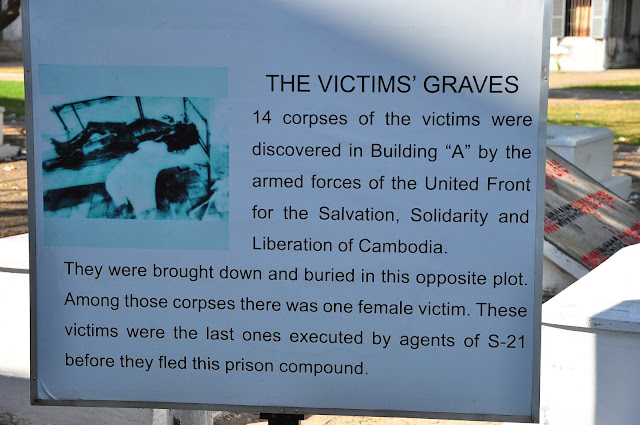 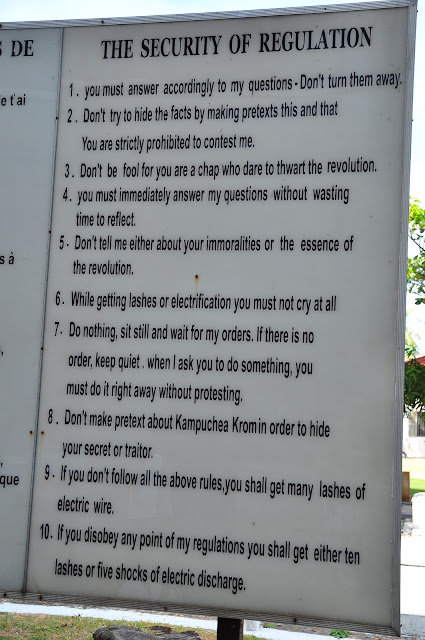 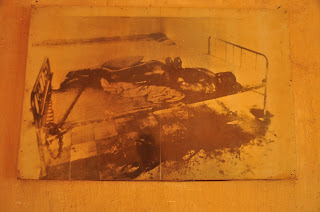 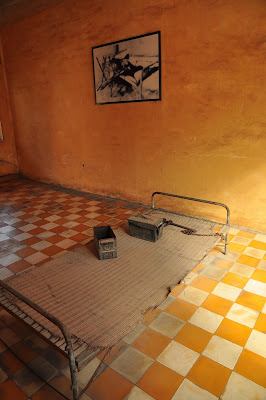 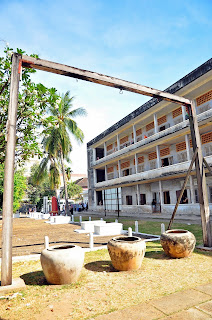 Picture to the Left. 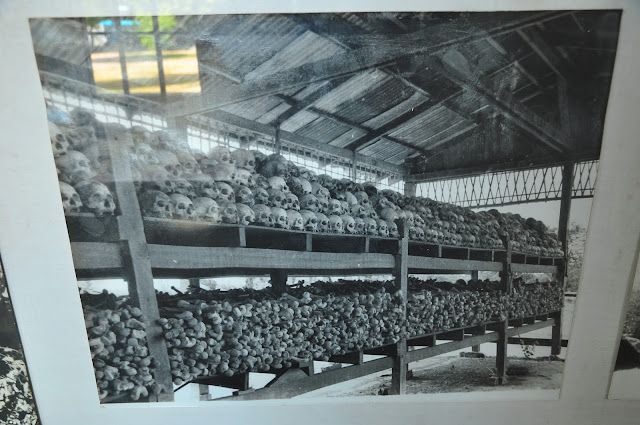 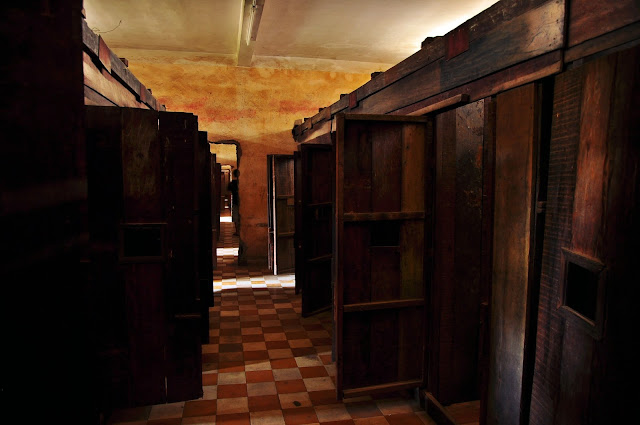 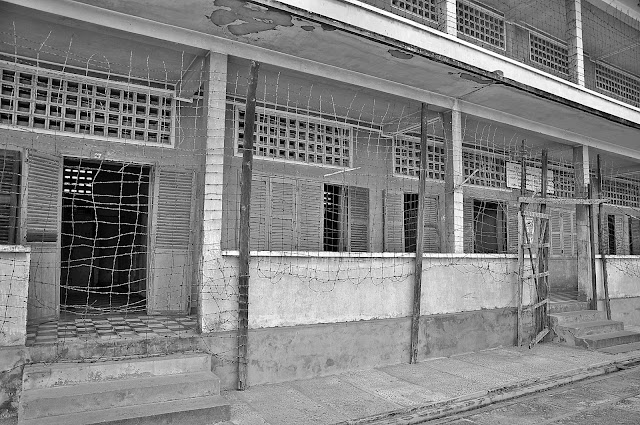 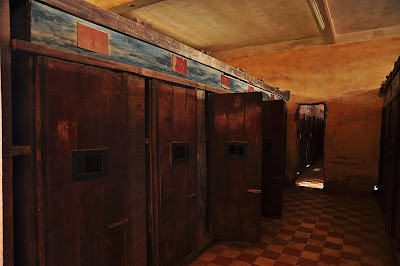 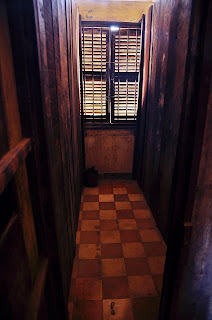 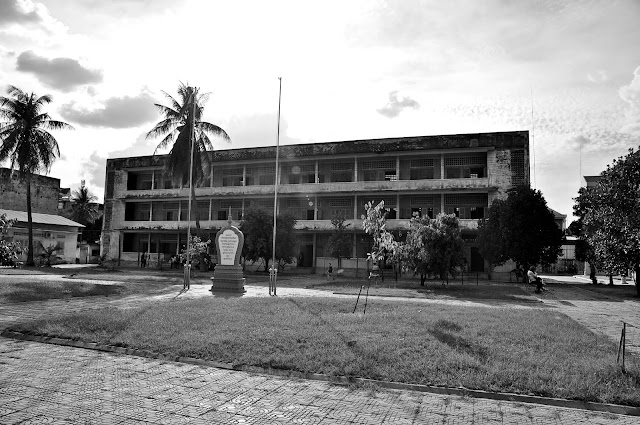 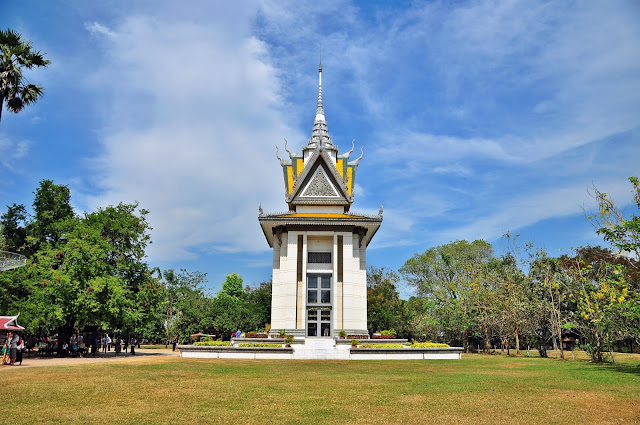 Thousands of skulls and bones are kept inside. 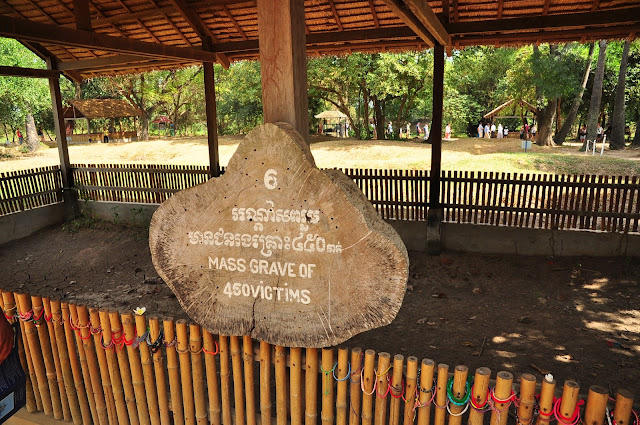 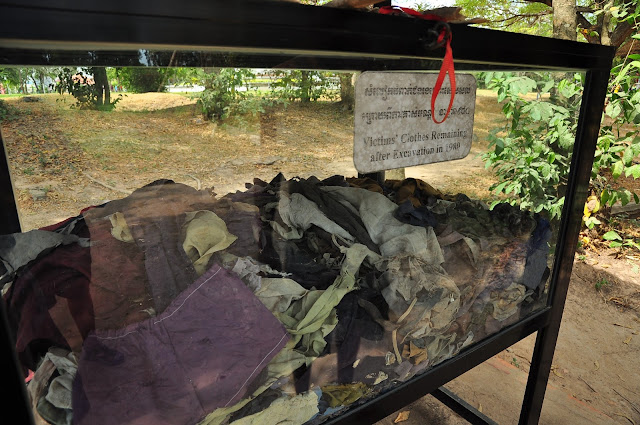 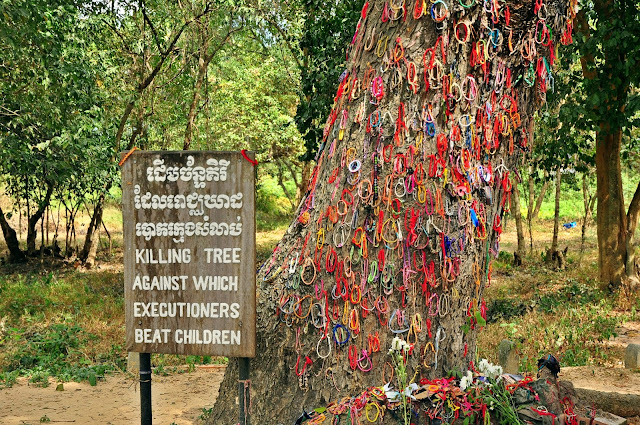 Khmer rouge soldiers hold babies by their legs and kill them by swinging them against this tree like a bat. 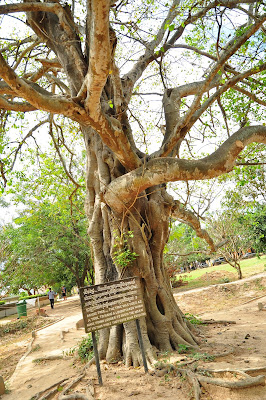 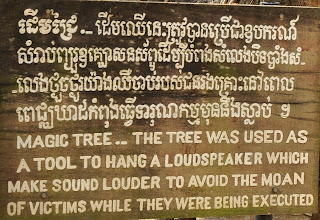 This one gave me the chills since this was an audio tour. There was a real audio clip of the music they would play during the executions.