- February 12, 2013
Happy Chinese New Year!!! The year of the snake officially started this past Sunday on the 10th which means thousands of people were in Hong Kong for the parade. My friends and I skipped it to avoid the crowd. I forgot what we did since I am writing this post 3 days later.....I think we just went to dinner somewhere then went home. Yes, let's go with that.....Oh (20 minutes later) I met up with my cousin, Lillian, and her boyfriend, Paul, (both from Boston) for drinks in Wan Chai. It was nice to see family after traveling for some time and to meet up with them in another country was pretty neat.

Monday, Feb. 11th was the 23 minute fireworks display at the Hong Kong harbor. I know I am not missing that but in order to avoid the crowd my friends and I needed to find a secluded location with an awesome view and it would just be us. No one else. Since we are climbers and climbing usually takes us to some pretty secluded and awesome locations, we decided to go up to this place called Beacon Hill where Vanessa and I climbed just two days ago.

We got off the subway station in Shai kit mai then took a 10 minutes taxi ride to the trail head. Another 10 minute hike in the dark with our headlamps on, we were at the top of a mountain with an amazing city view. Mostly importantly, there were no one there but just us while hundreds of thousands of people are pushing and shoving to get a decent spot. What would I do without climbing?!

We also had a little picnic. 2 hours earlier we went to the supermarket to buy some fruits and vegetables to make ourselves a giant bowl of salad. A picnic at the top of a mountain with just 5 of us enjoying a 23 minute firework display on Chinese new year sounds pretty darn good to me. It was a good night. 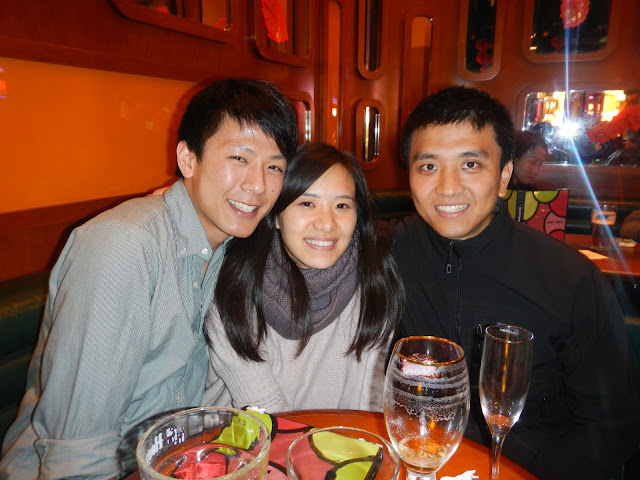 My cousin is in town! 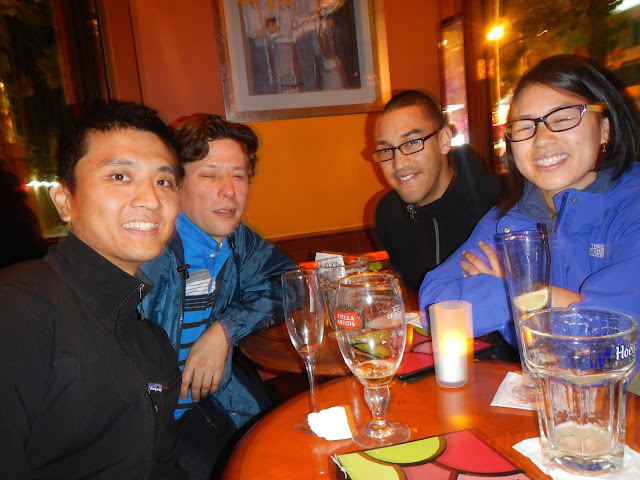 Hanging out with a bunch of Canadians. 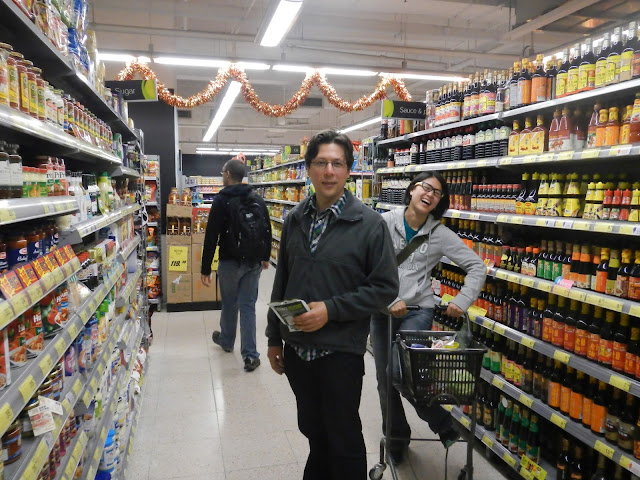 Shopping before the fireworks. 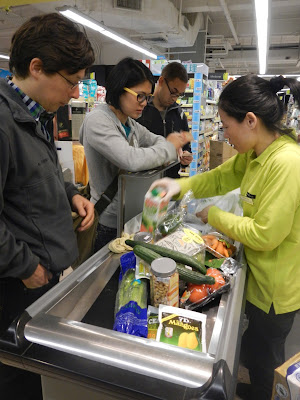 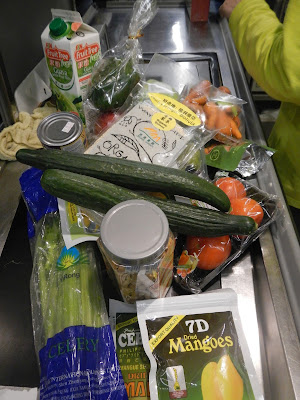 We eat quite healthy. 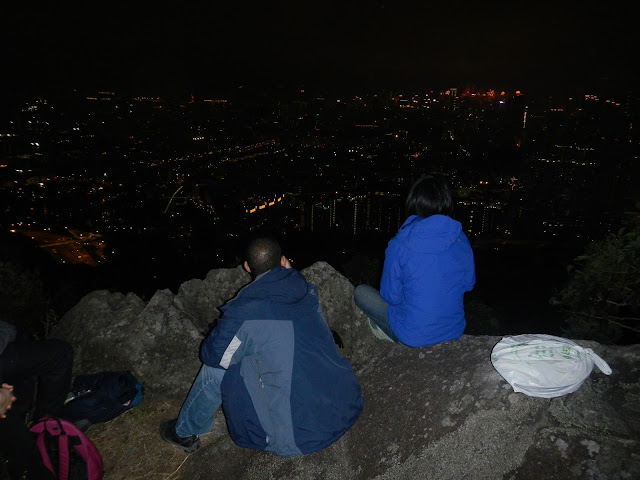 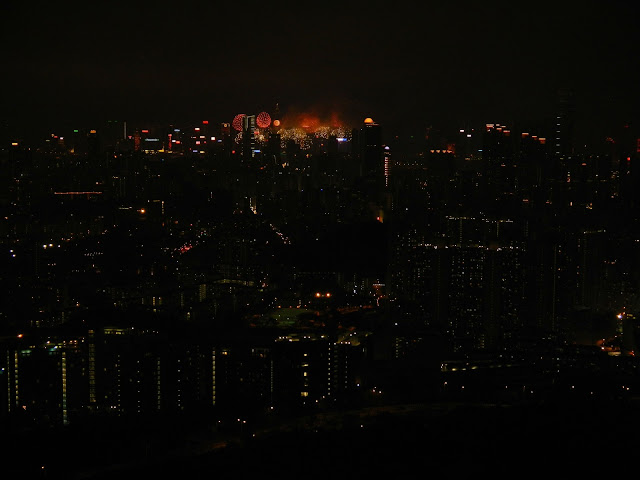 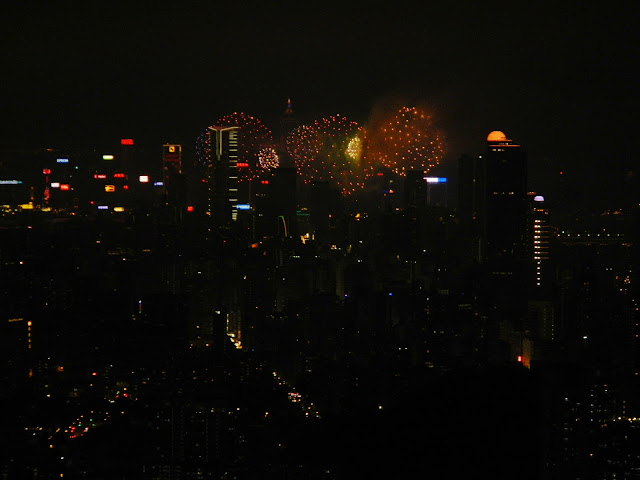 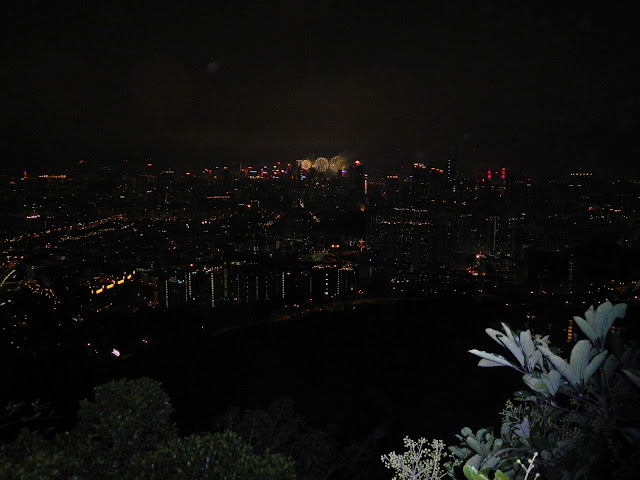 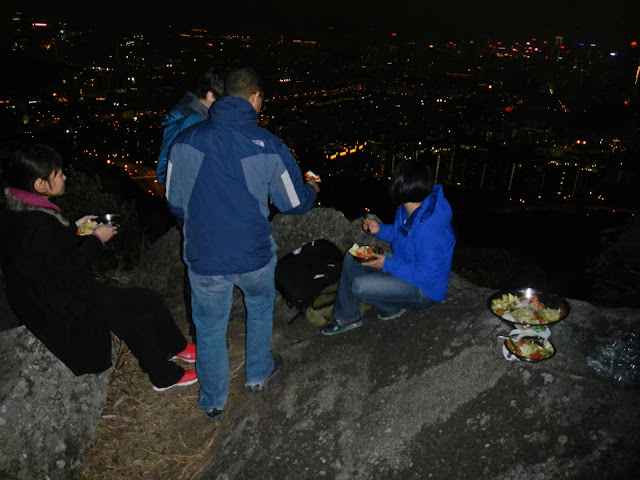 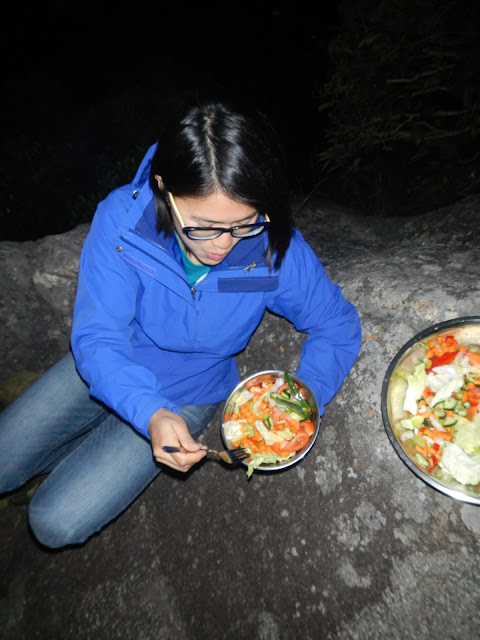 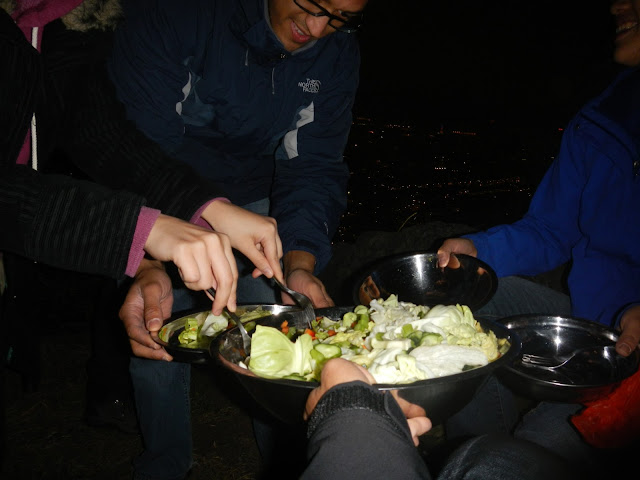