Hong Kong: Home away from home. 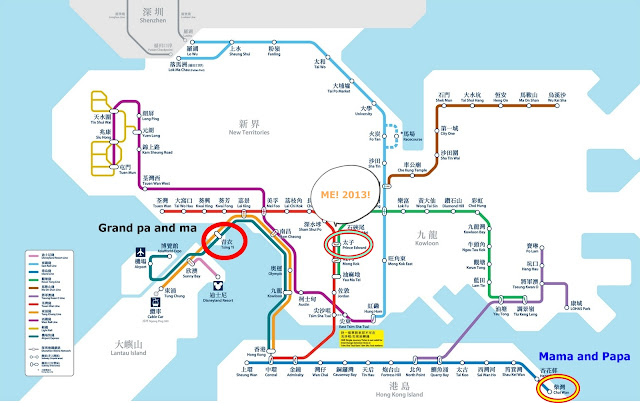 I remember I used to go over to my grandparents over the weekend and gave them a hell of a time. It is only about a 45 minute train ride from one end to the other so it wasn't too bad. It was definitely a weird but good feeling being back, being able to recognize the streets I walked on, parks my brother and I played at, schools I attended, stores I begged my parents to buy me stuff from...etc. I don't feel like typing too much now but just look at the pictures and read the caption for each pictures. BLAH.

Chai Wan
I know one of my friends is going to laugh at me for this. This will give her even more confidence in me when we travel together I'm sure. You know who you are, EH!

So long story short, I just called my dad and told him where I went today and how I re-visited where we used to live. Well, it turns out with his confirmation that the tall white building below that I took about 37 pictures of is not the building I thought I once lived in when I was a kid. We lived in building C and I took 800 pictures of building D.  I thought we lived on the 13th floor but we actually lived on the 11th floor (I do remember throwing stuff out the window all the time. I threw out two of my mom's back massage machine on two separate occasions. She wasn't very happy but it was fun and that was the reason)....Good news is, I got the right neighborhood and they all look the same anyway so it doesn't matter. 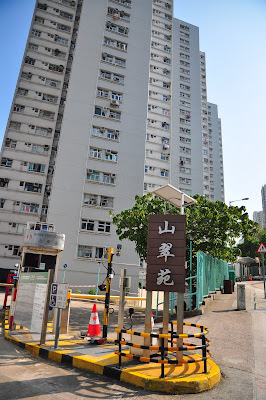 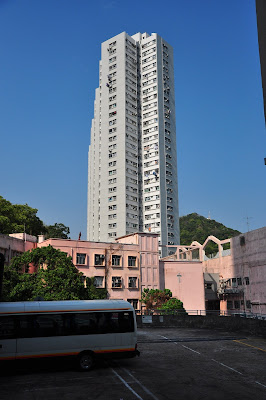 That's right. We lived in a gated community. So safe and useless. 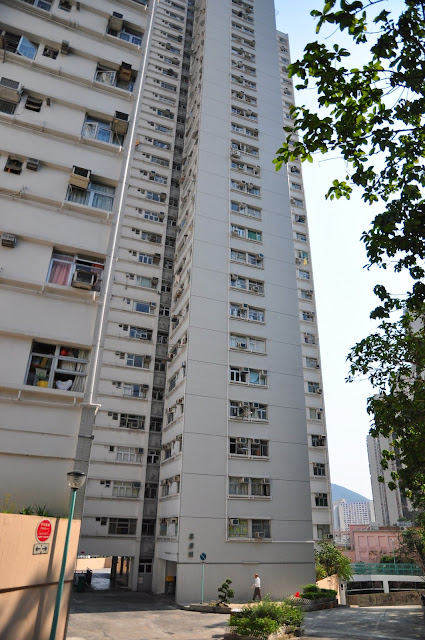 Oh look at the building I never lived in. So white and tall. 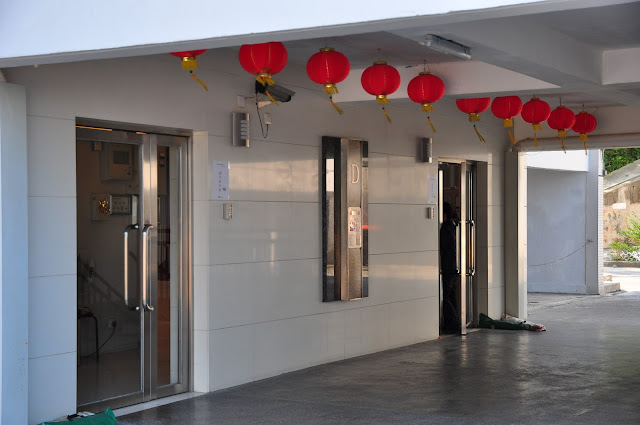 Here is a picture of building D, the building next to building C. 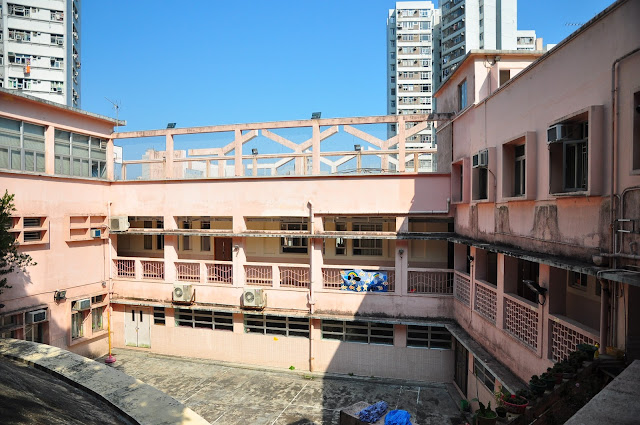 This is where I went to day care school. I came here to hang out after school until my mami and dadi came home from a hard day of work. 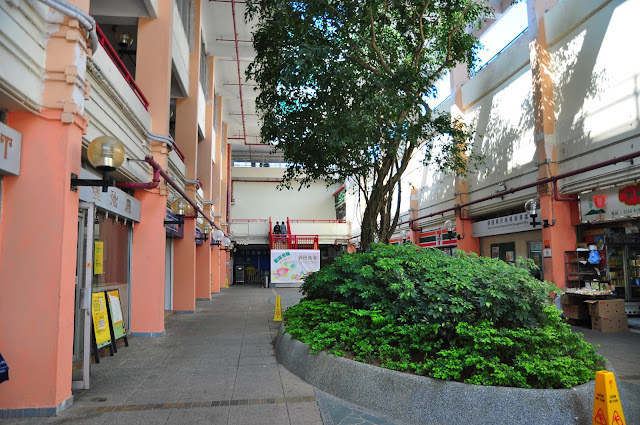 This is where I went to buy eggs. That's all I remembered. 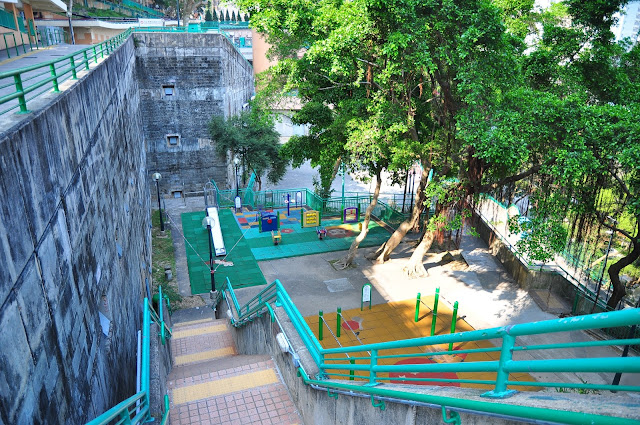 My brother and I used to hang out here all the time. Those holes on the wall now it's covered. It used to be hollow and I remembered I used to climb inside it. It was almost like caving. 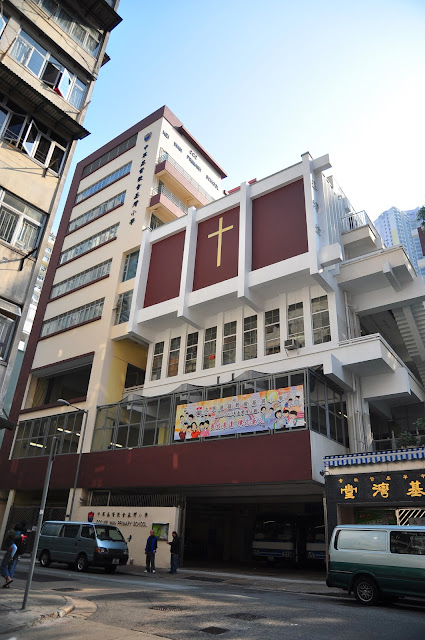 This is where my father worked as a teacher and this is also where I stayed back for 3rd grade. Coincidence? I think not....but I'm smart. Really...I am. 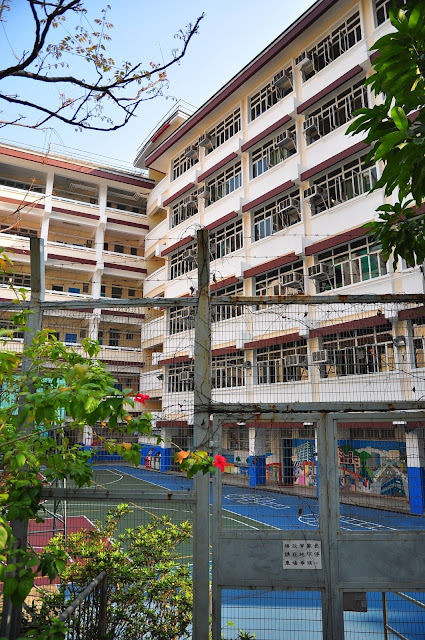 The courtyard. This is where I had knife fights everyday with other girls during lunch period.....no I didn't. I just ate my lunch here. 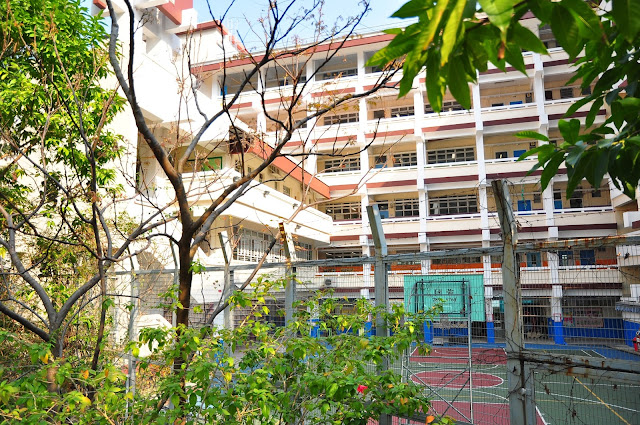 Tsing Yi
Now this is where my grandparents lived and I am 3000% sure this is the right building. Although, I thought the building was baby blue color. I took a picture of apartment #1306 but I'm not sure if that's the right one. Again they all look the same so it doesn't really matter. In order for me to go up to the 13th floor to take a picture of the apartment, I had to use my charming good looks with the female security guard in the lobby to allow me in....yeah.....no....I just ran up 13 flights of stairs before she saw me. 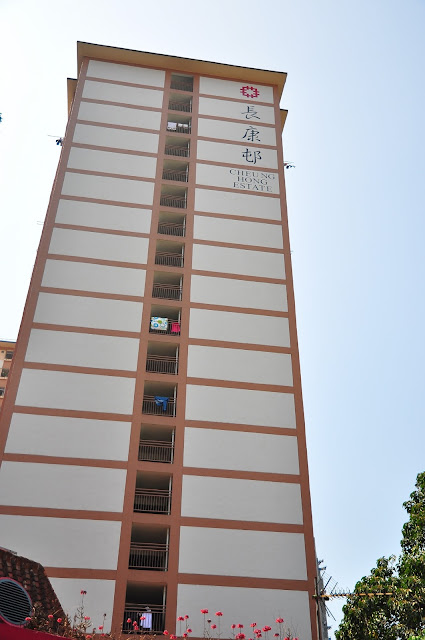 I'm also pretty sure they lived on the 13th floor here. 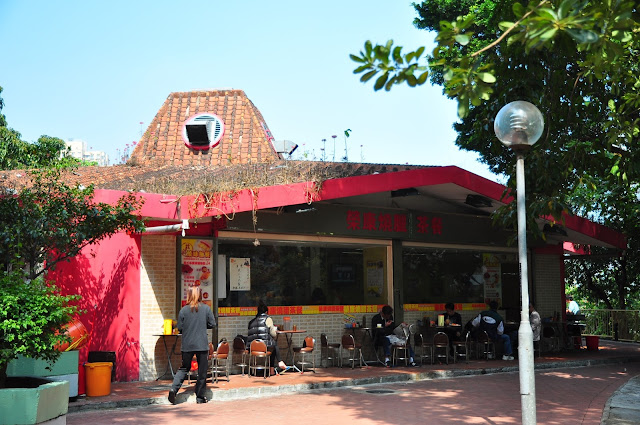 The cafe my grandpa and I used to come herefor breakfast. Physical appearance may have changed a little. 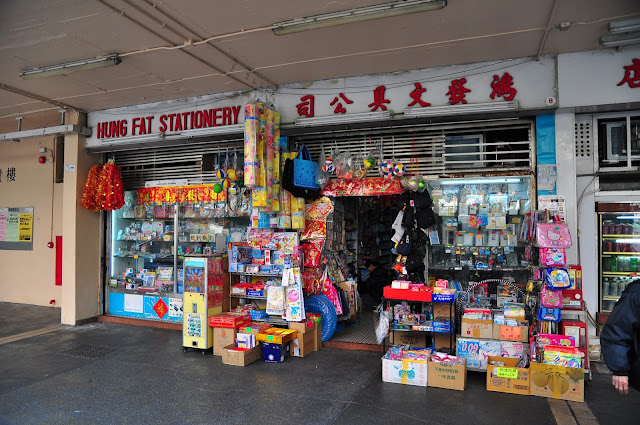 This store have been here well over 30 years. This is where I bought some school supplies and toys. I had a nice short conversation with a lady that works there. I told her I'm here just visiting and I used to come to this store all the time when I was really young. She said that a lot of people who immigrated overseas comes back all the time to take a picture of the store. Pretty neat I'd say. 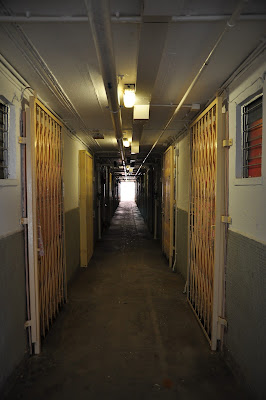 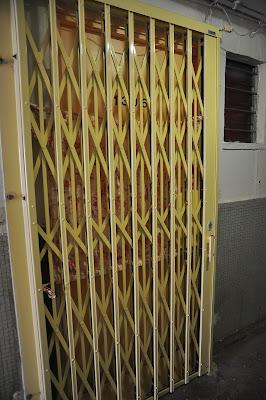 Creepy hallway but this is where I used to ride my tricycle up and down. 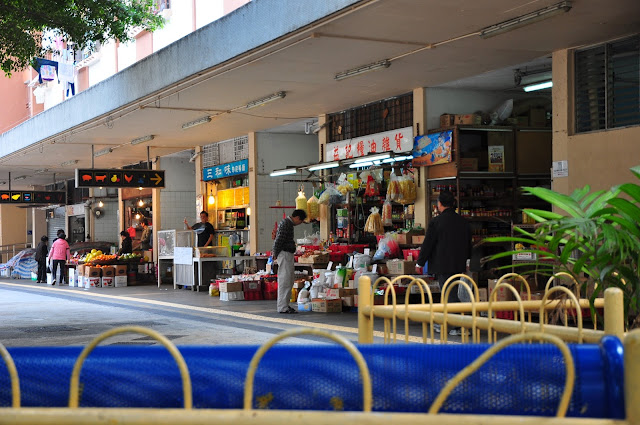 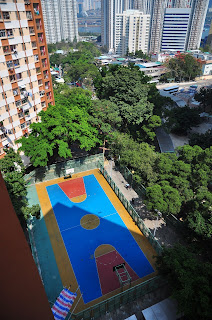 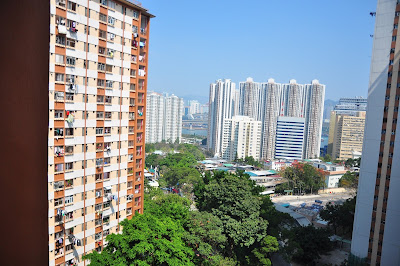 Sweet view from the 13th floor and that's where I played some of my crappiest basketball pick up games. 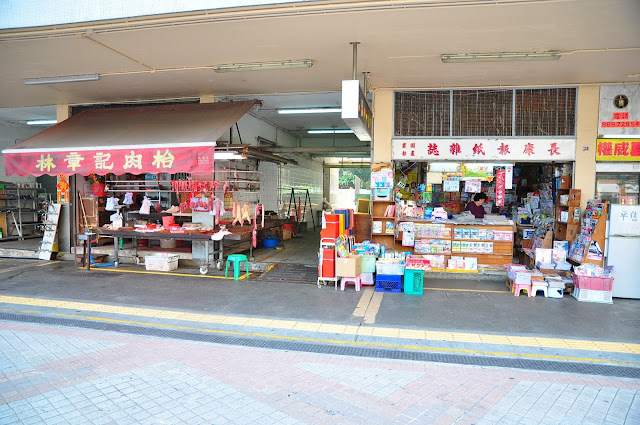 Another two stores that are still there from when I was a kid. Yeah those two on the left are definitely pig's head. 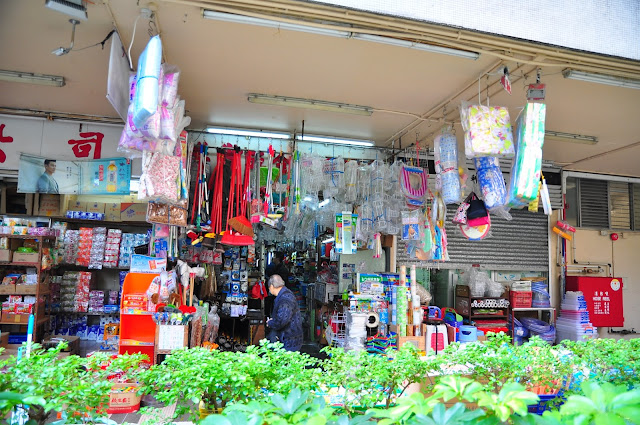 Definitely purchased a cuddle pillow from them at one point or another. 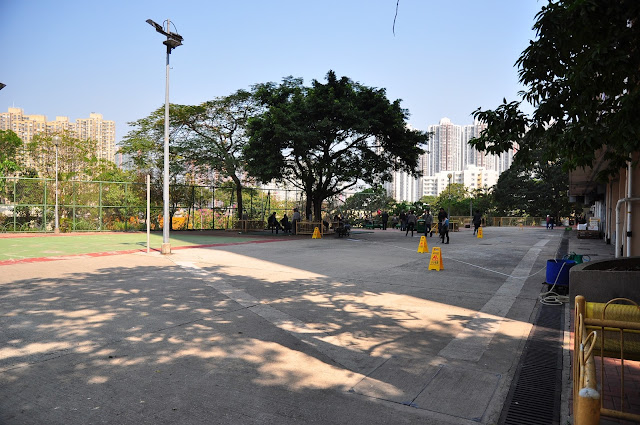 Back of the building where old and young humans hang out. 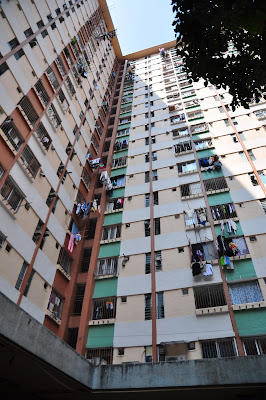 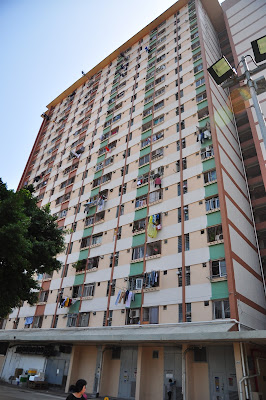 Front and back of the building. You get the idea.

And this doesn't have anything to do with where I lived. Just what I ate for dinner. I don't know, You may care.....Crab congee and some squid fried balls. 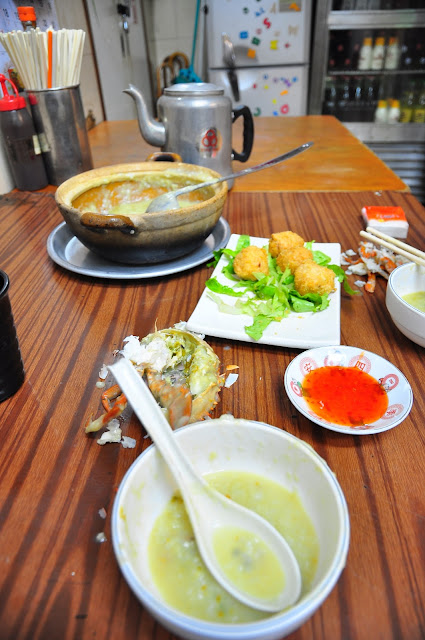 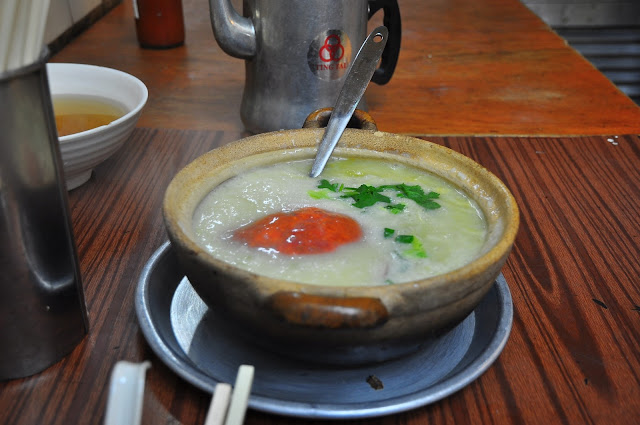