- April 28, 2013
Well, my plan to ride from Brisbane to Sydney didn't go too well...actually I shouldn't say that. It actually went really well until the last 21km (13 miles) when my left crank arm broke off. In the beginning, I was making pretty good timing, roads were flat, I still had tons of energy so I didn't really need to rest much. Even when I was tired, I still had energy to keep going on the lowest gear and able to ride up hill but just really slow.

I arrived in this small little town called Beaudesert at 11am to stop for lunch. I had a Big Mac combo. Best meal ever after a 5 hour bike ride. I don't normally drink soda but I had two cups in one meal and that was the first for me.Continued on at around 11:45am. After that, it was all farmland for the next 8 hours. Just acres and acres of grass fields with cows and horses. Saw a few baby kangaroos jumping around. That was cool.

Around 5ish, that was when I realized that the nut that holds my crank arm has gone missing. I'm guessing it probably fell out when I was going down hill. That made the ride a lot more interesting. So I pedaled with only my right foot (push down half way then toe hook to bring the pedal back up and push down halfway again) for the last 13 miles until I reached the next town called Kyogle.

When there were hills or slopes, I had to push my bike up and that was pretty tiring. At one point, there was a giant green sign that says steep hill for 1 km. That took me almost an hour to push my bike up. Worst feeling in the world is it takes you an hour to push a bike up a hill and coming back down hill only last about 20 seconds then you had to get off to push up another hill. UGH. Just think about doing that over and over again for about 20 times. At that point, my legs were tired, hungry and bike was heavy. Definitely wanted to cut my legs off. It also didn't help that I was entering a rain forest when it was getting dark. You can feel the temperature drop quite a bit.

Finally arrived in Kyogle around 8:30pm. Found a pizza shop, got a pepperoni pizza and ate like a madman. While eating my pizza on a bench outside, got a weird lady with a cigarette in hanging from the corner of her mouth complimented me on my legs and voice...and then legs again. Got up and left. Found a motel and stayed there for the night.

The next day, I decided to disown my bike since I couldn't fix it and the closest bike shop is 42km (28 miles) away from Kyogle. Not worth getting it fix anyway for a $45 bike. So I hitched hike to Lismore and Byron Bay. I put on my one out of the two t shirts that I have (a baby blue color shirt which brings out my eyes in an amazing magical sorta way....just kid), stick my thumb out and within 10 minutes I got a ride.

Got picked up by a really nice mother and daughter in a Toyota SUV to Lismore. Daughter actually just got back from her year long travel. That was really cool meeting another experienced traveler unexpectedly. Second ride, I got from a surfer dude from Australia who is living out of a van.

I am now staying  in a hostel (Cape Byron Lodge) in Byron Bay for a week for $21 a night (supposed to be $23 but since I'm staying for a week, they lowered it) until I try to make my way down to Sydney again in some other ways. What a crazy couple of days. PHEW! 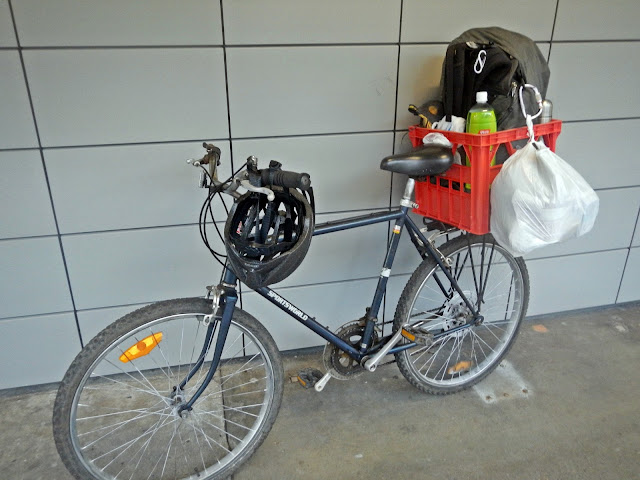 Can you imagine riding this thing on the breakdown lane of an actual real highway?  Wonder what the people drove by me were thinking. 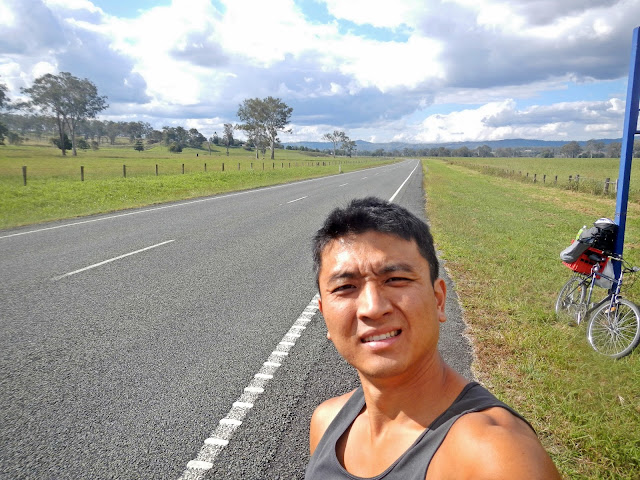 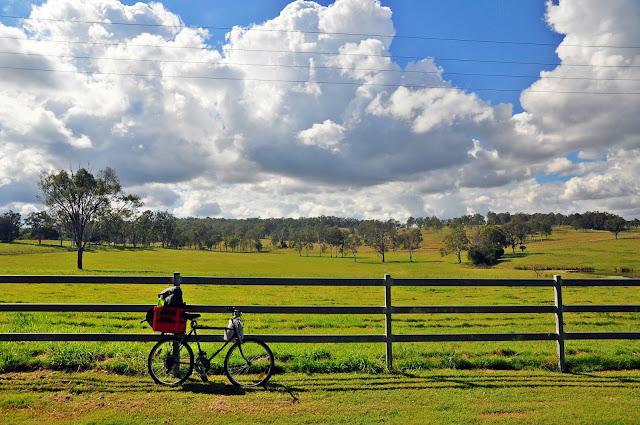 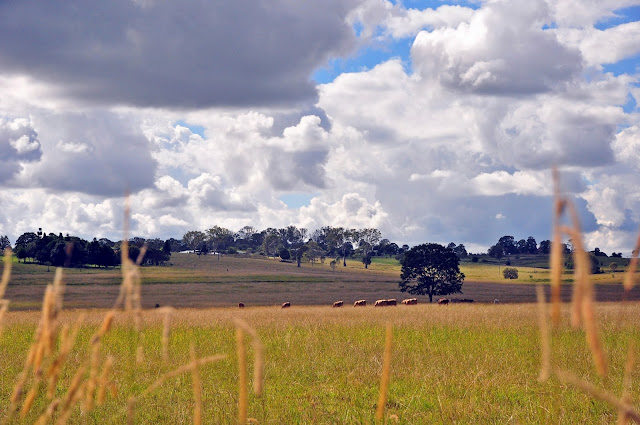 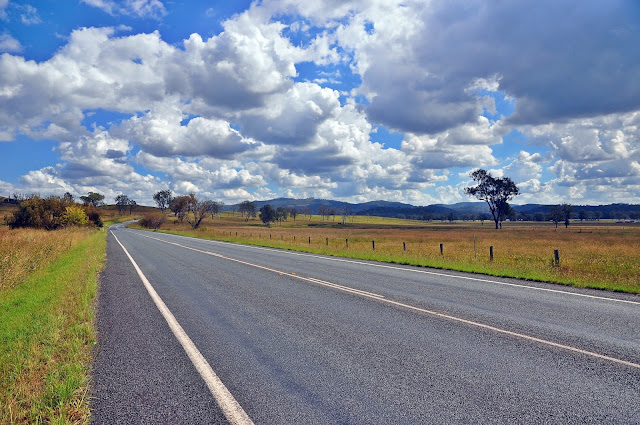 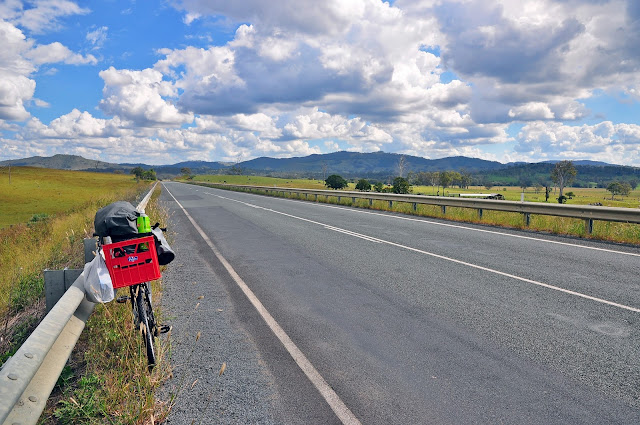 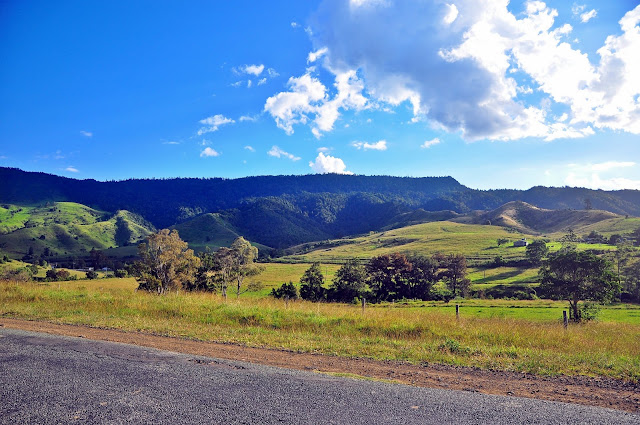 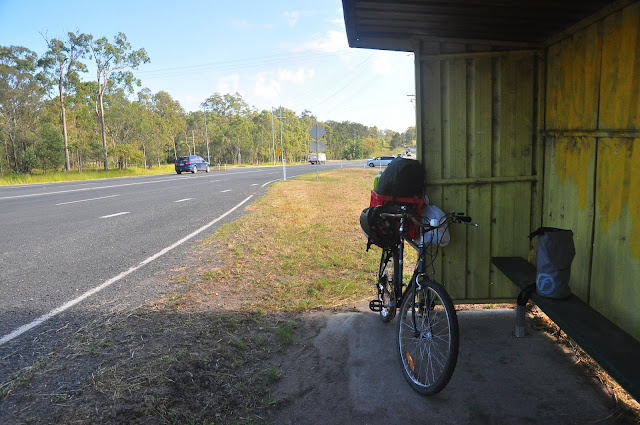 This was my first stop rest. 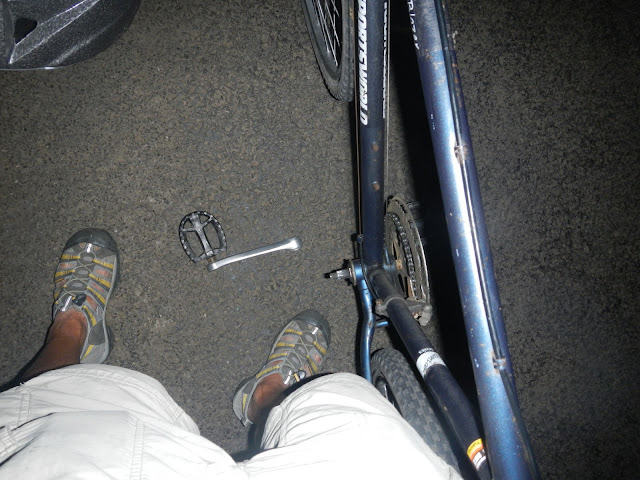 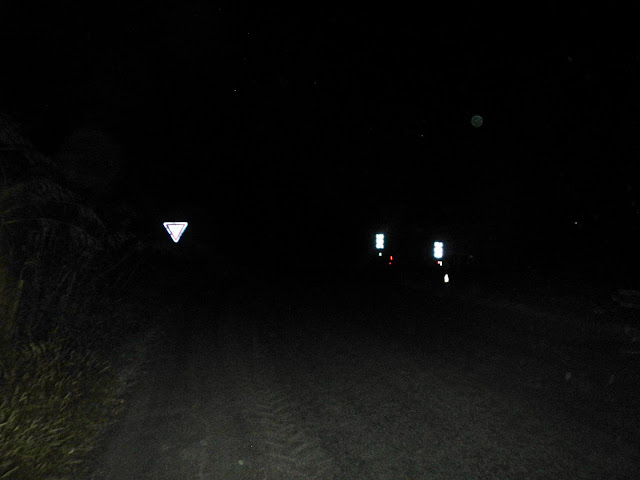 I was really hoping someone would drive by and give me a ride but more nothing.