- September 18, 2013
We left Motherland Inn 2 with Derek (From LA) and Stan (from Ireland) at 5pm to catch the 7pm bus. We were staying right in the center of the city but for some reason the main bus station to anywhere is still an hour away in a taxi. Probably make more sense if the bus terminal is in the city instead of an hour away from it. Good thing it was still only $8 usd which we split it 4 ways.

Not a bad 10 hour bus ride from Yangon to Bagan ($15usd). The bus was pretty decent in comfort. Air Con was at full force, it got bit chilly even with a blacket they provided. Roads seemed to be paved through the whole way.

Surprisingly for some odd reason, the bus leave right on time here. Unlike Vietnam or Cambodia. It's really weird. When they say 7pm, it's 7pm. It's pretty funny. And we arrived at our destination on time as well.

We arrived at 5am in the town of Nyaung-U and right out of the bus, there were already two hand full of locals hackling you trying to hire them for rides. It's pretty annoying when it's 5am and you just woke up from your 10 hour bus ride. But whatever 1st world problem.

We ended up hire this guy who we thought had a taxi but instead he had a bicycle. Pretty awesome. It was about 1 mile to where our guesthouse is. It was suppose to be $3 but I didn't have any change so lucky him, he got 5 dollars from me.

That same day, we hired a horse cart to take us to one of the highest temple in Bagan to watch the sunset. It was ok. Cloudy but still an amazing site. Next day, we rented a fixed bicycle for $1.50 and rode 10 miles from Nyaung-U (where we stayed), to Old Bagan, then New Bagan and back. It rained all day the last day so we stayed in and I napped most of the day.

3 days was enough in Bagan. Don't want to get too templed out. Next stop: 7 hour bus ride to Mandalay. Probably another city with a billion temples. 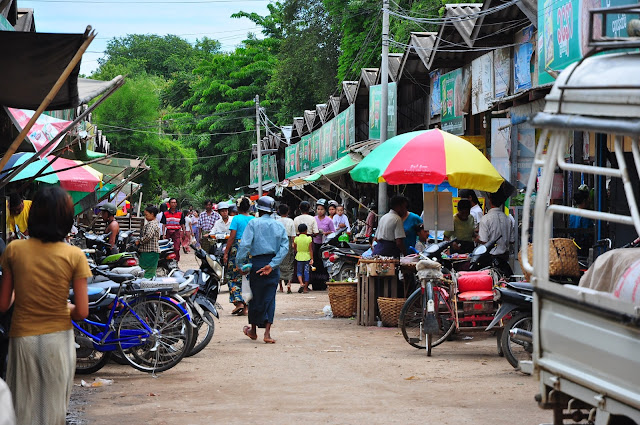 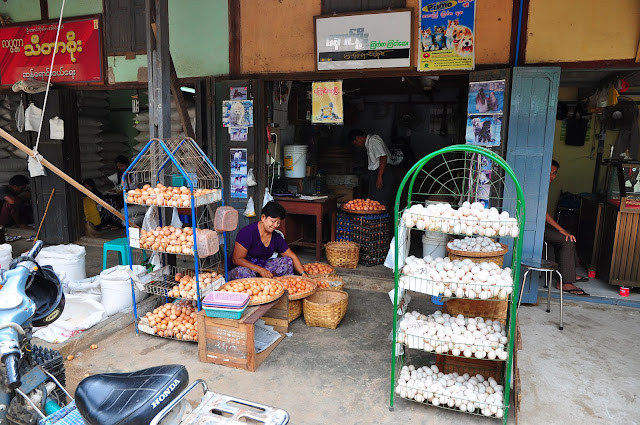 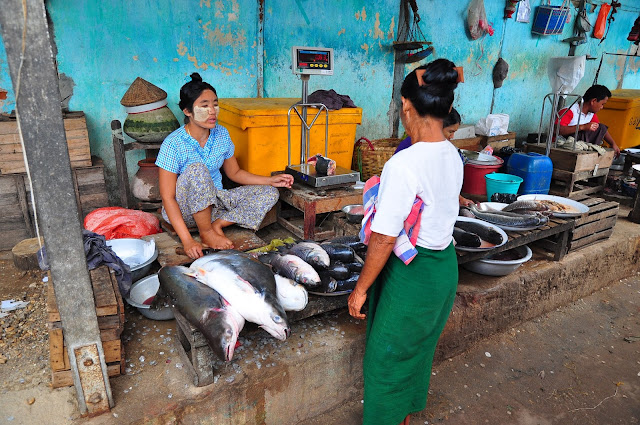 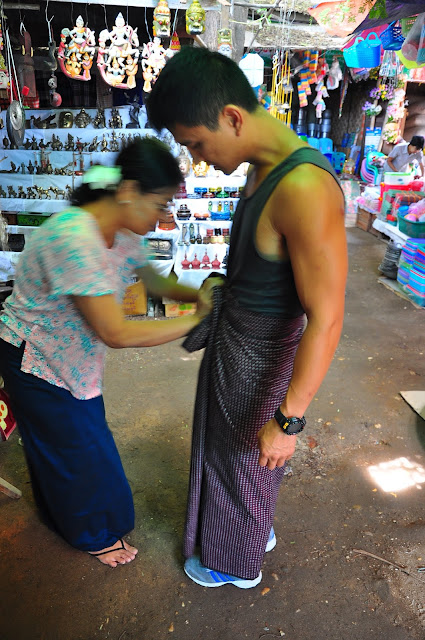 Trying on the traditional skirt worn by men called longyi. Pretty cool. Didn't buy it since I could do the same with my shower towel. 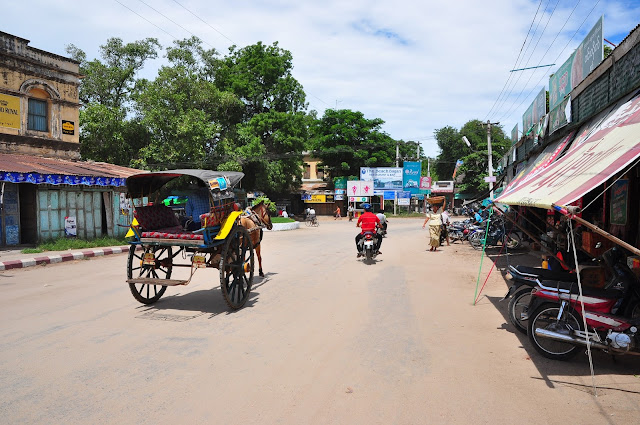 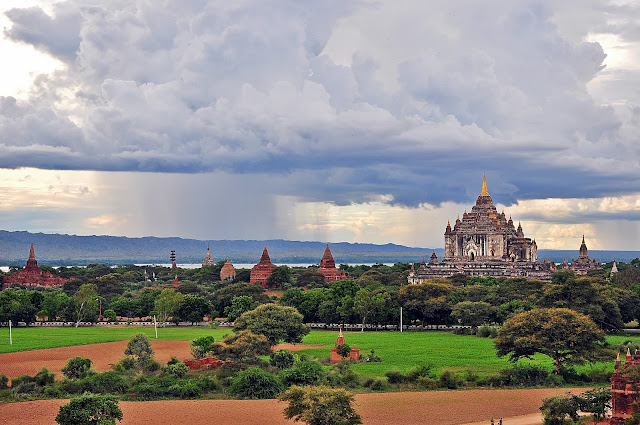 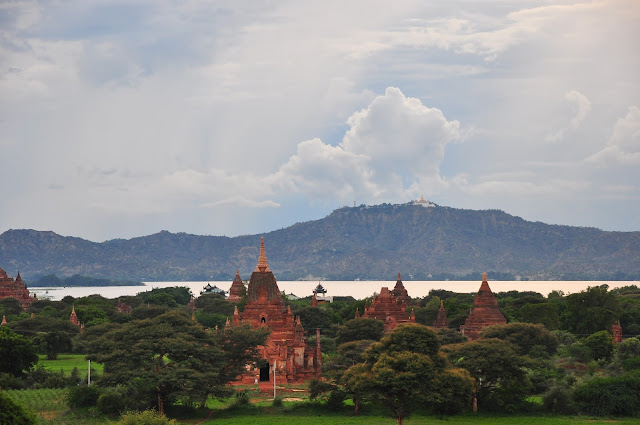 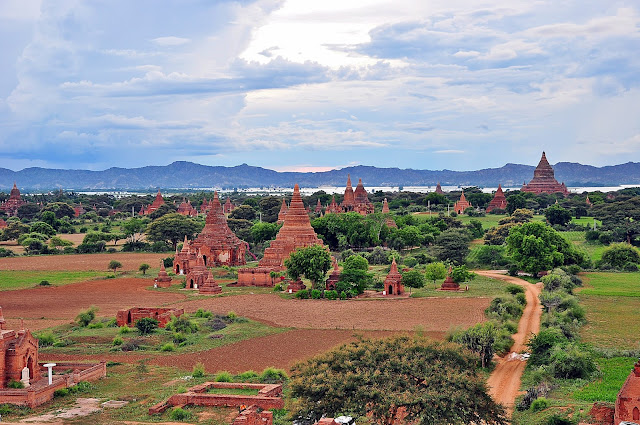 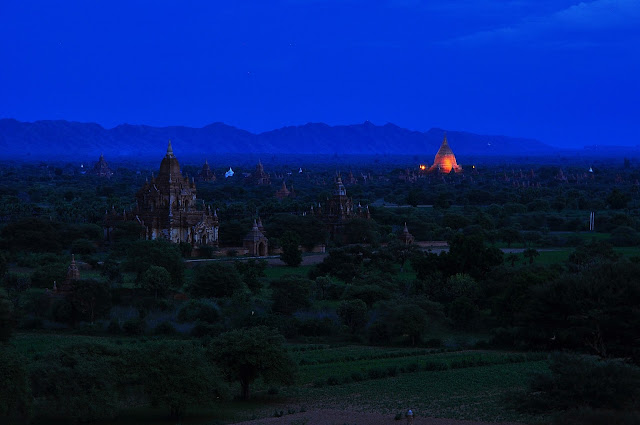 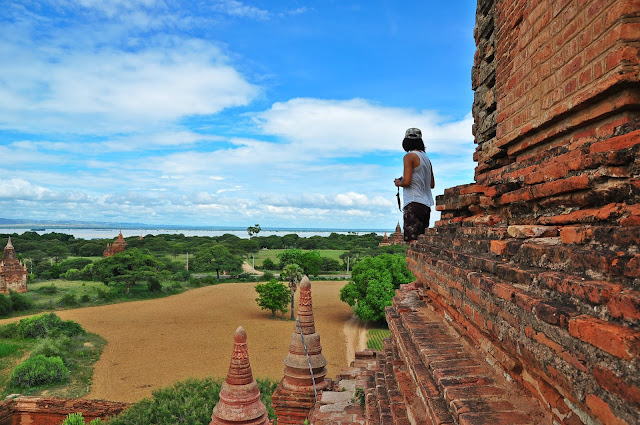 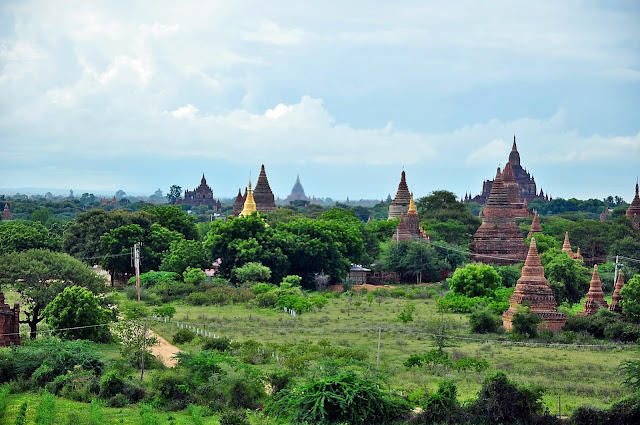 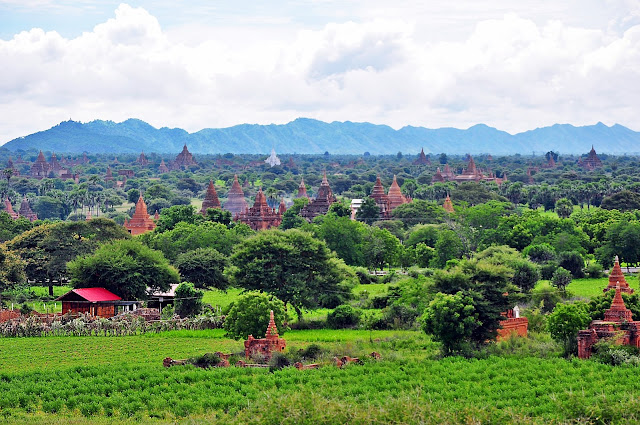 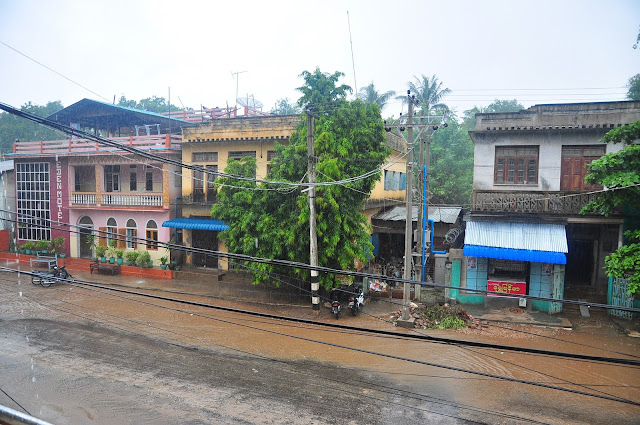 Rained all day on the 3rd day there. View from our guesthouse room. A river started to form. 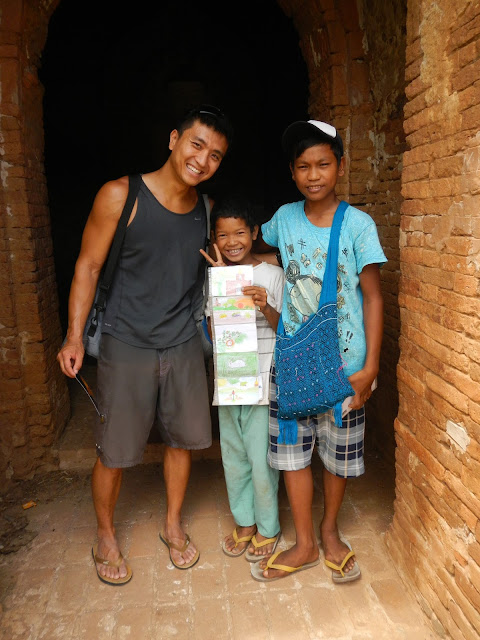 Awesome kids tried to sell us postcards. I gave them $1usd for being awesome. 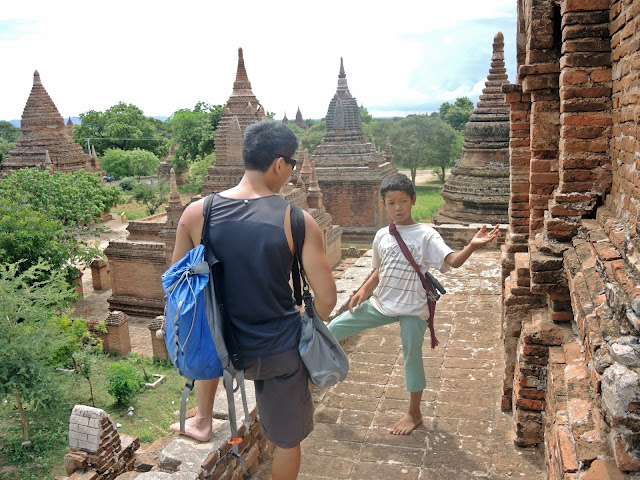 Chit chatting. Kid is 10 years old. Goes to school to learn english from 3pm to 5pm. Before school he come to work in his business as he put it which is selling postcards and being a tour guide. One mature 10 year old right there. 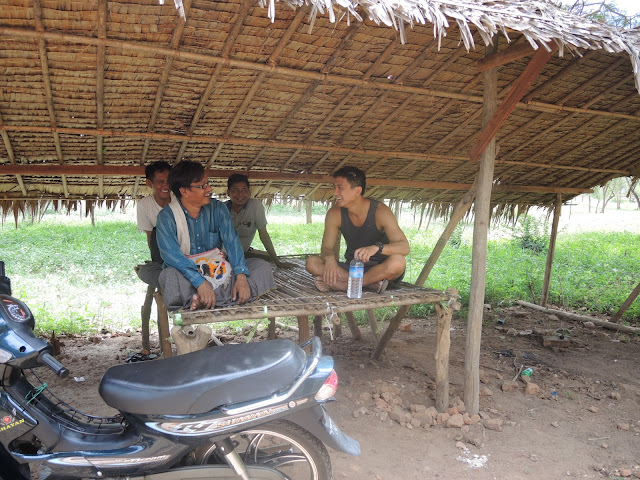 Talking to more locals while Vanessa went to check out a temple. I was too tired so I decided to hang out with my people. Here I was telling him how cold it gets in Boston. He said it's so cold then no need to shower everyday. I said no shower no girlfriend. He laughed. People in Bagan are pretty cool. 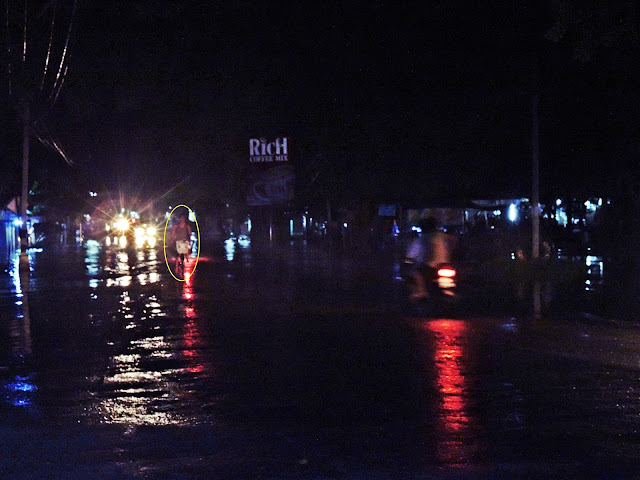 Riding my rental bicycle through this flooded street. It rained more later and it got worst. Some people were using canoes to cross. 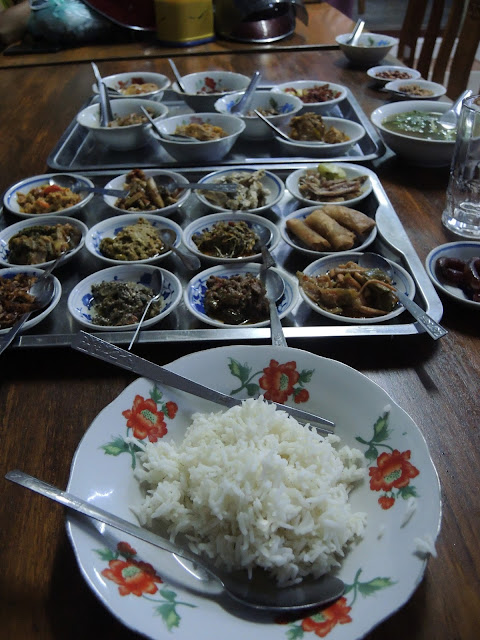 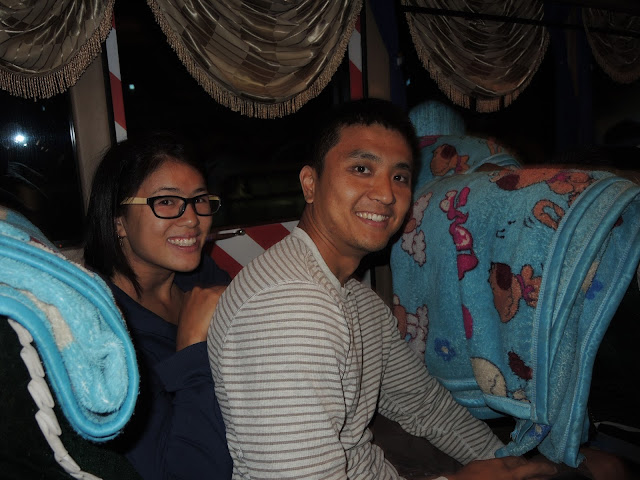 10 hour bus ride from Yangon to Bagan. Cute little blankets were provided since they blast up their AC. 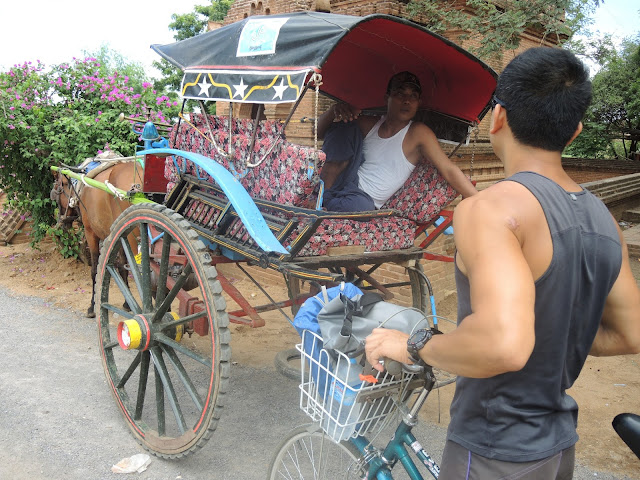 Ming Ming gave us a ride the day before to the temples. Bumped in to him the next day and just saying hi. 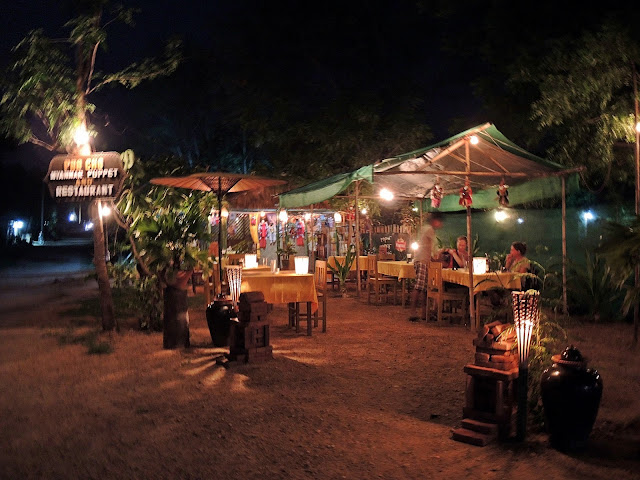 Dinner at this cute little outdoor restaurant called Pho Cho. Pretty good. Power went out for a short while then came back on. Power outage happens daily for hours on.