- September 20, 2013
Day 1
Checked into Royal Guesthouse for $22 a night around 4pm. Hired a taxi driver for $5 to drive us to Mandalay Hill for sunset. Good view but too cloudy. Met Stef and Natasha from Germany at the guesthouse and went to the best street food stall for dinner (forgot camera ugh). Had coconut rice and something they called Chapati (kinda like nan). for about $1.

Day 2
Hired the same taxi driver for the day (8:30am to 7pm) for $30 to drive us around to the must see sites in Mandalay. Took us to a bunch of temples and last U-bien bridge for sunset. Pretty much hung out with Stef and Natasha. Met a new friend from Taiwan named Edmund. Had dinner with him at Pan Cherry Restaurant. $.50 for bowl of noodles.

Day 3
Last day. Checked out of hotel at 11am. Had lunch again at Pan Cherry since it's so darn cheap. Rented a bike for $1 and biked around the .5 mile in diatmeter Palace. Went to a fancy hotel with a pool to take an afternoon nap. Came back to hotel around 4:30pm, shower, and get ready to take a 10 hour overnight bus to Inle Lake at 7:30pm. 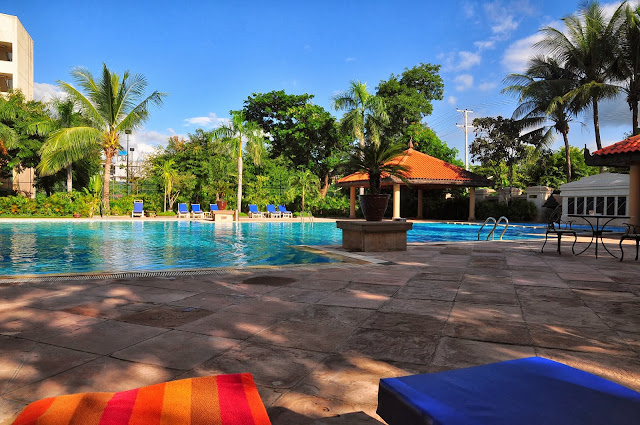 Can't afford to stay at fancy hotels with a pool? Fine one on lonely planet or the internet and walk right in.
It was 43'C that day. Vanessa found one on lonely planet guide. We biked to it and walked straight.
Us approaching to the pool chairs:
Employee staff: Hello, May I have your room number please?
Me: uumm 204
Staff: what? 304?
Me: Yes.
And he handed us two towels. Done! No need to pay over $100 a night for a fancy hotel. 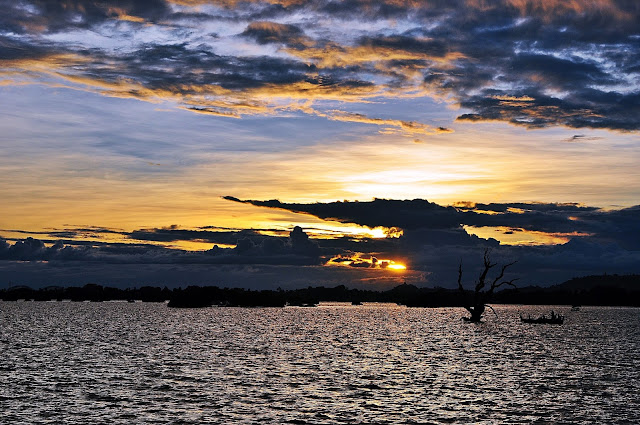 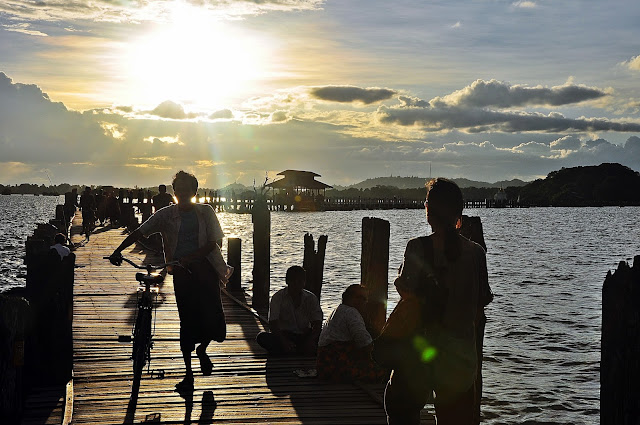 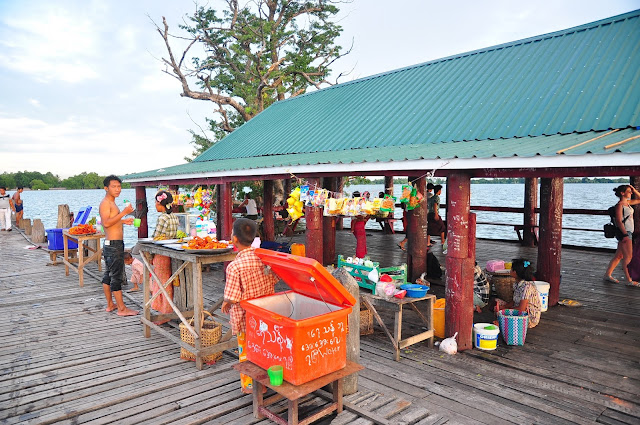 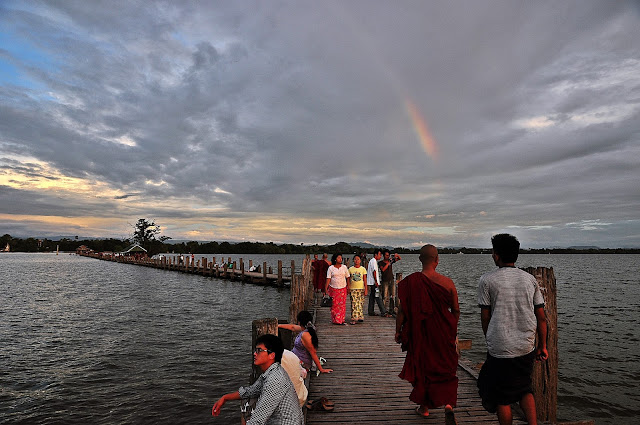 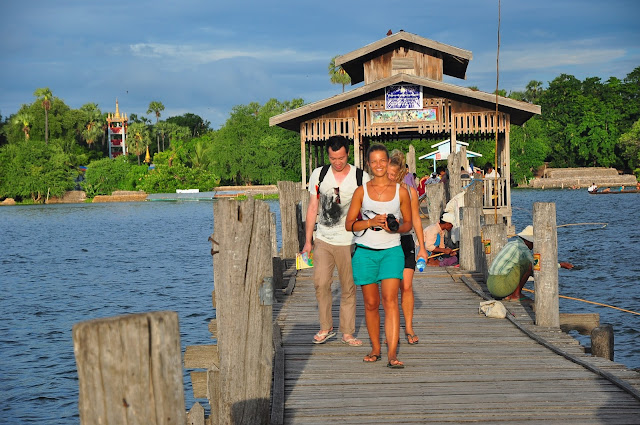 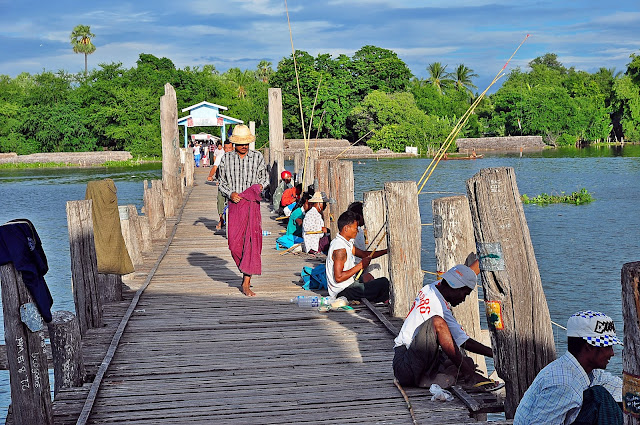 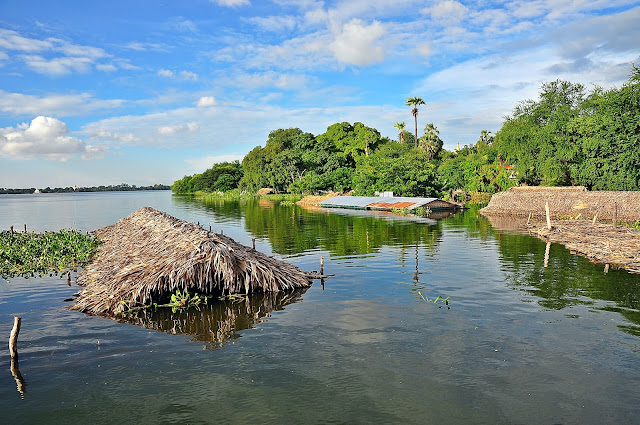 Every summer this lake gets flooded. All the residents have to move up to the street to camp out for two months (pretty much homeless) until the water lower back down. Government isn't doing too much about this except giving out rice and money once in awhile. 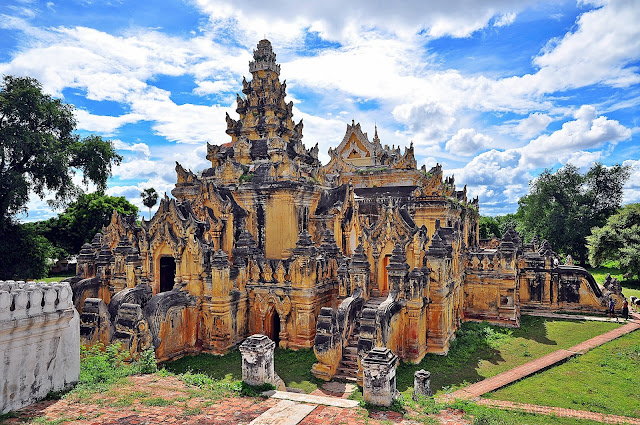 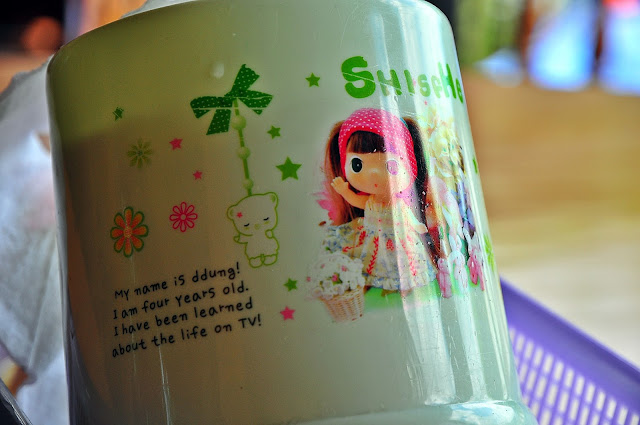 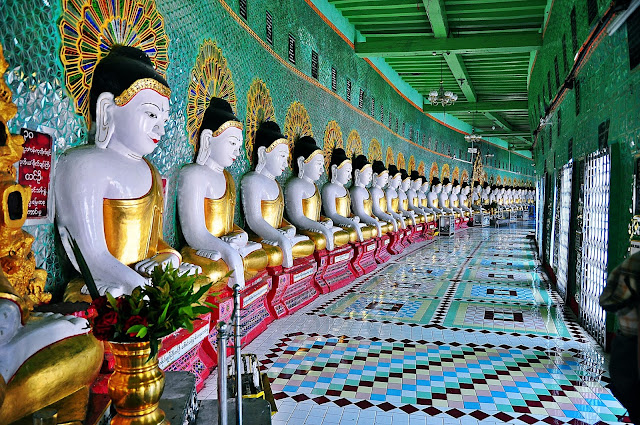 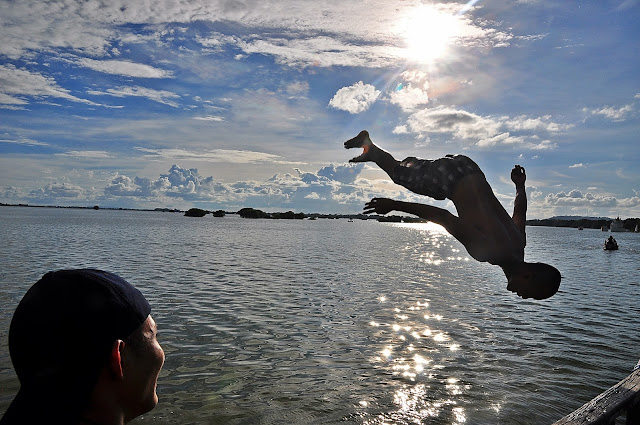 Walked by this kid on the bridge. I told him to jump off and do a back flip. He did and I took a picture. The kid in the corner wanted me to do it as well but since its a flooded lake, pretty sure there are lots of poop in there as well. 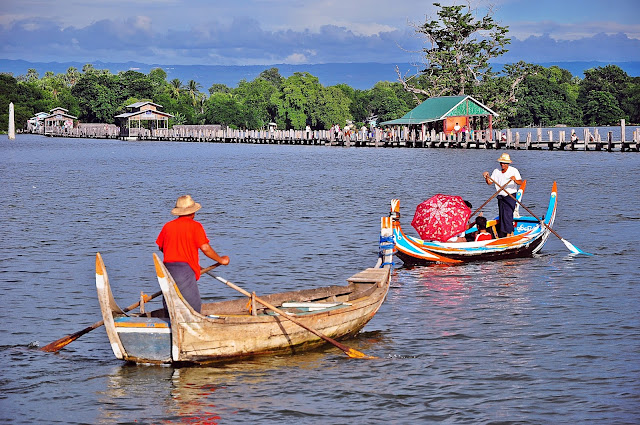 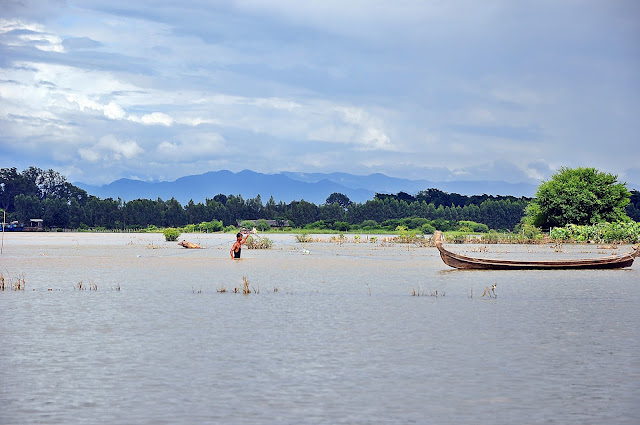 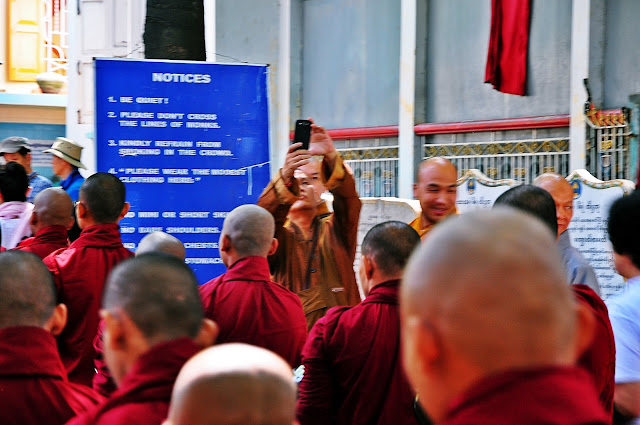 Went to this monastery and it was lunch time for the monks. About 1000 monks lined up for lunch and probably 40 tourists just gathered around them to take pictures. I refused to take pictures of them (felt kinda bad doing it and I would feel pretty annoyed if I were them) until this. So I took a picture of a monk (from Malaysia) taking pictures of other monks instead. Success! 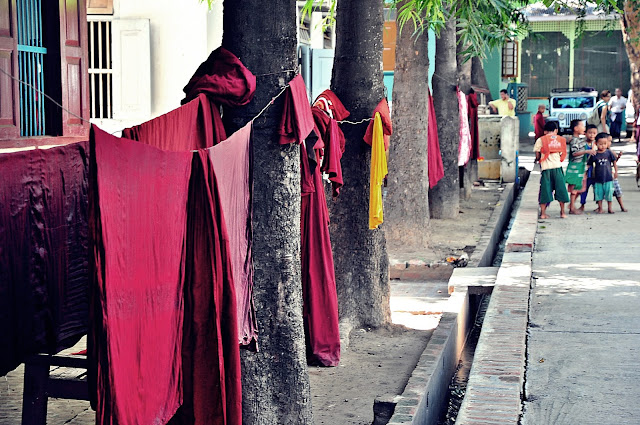 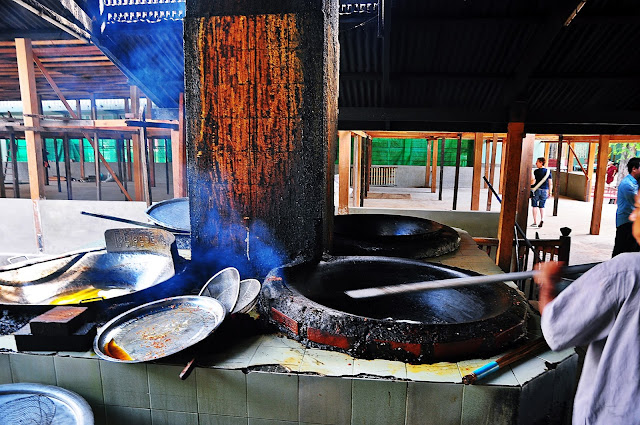 I'm guessing you would need 4 giants woks to cook for 1000 monks. 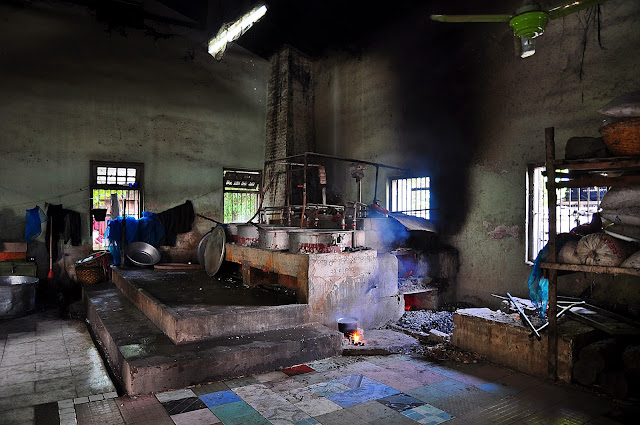 Kitchen were they cook giants pots of rice. 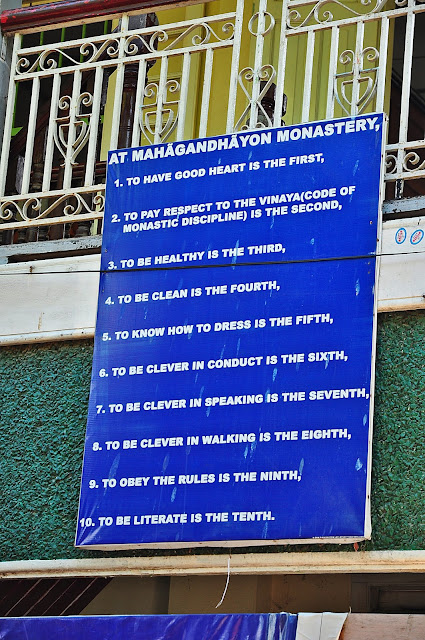 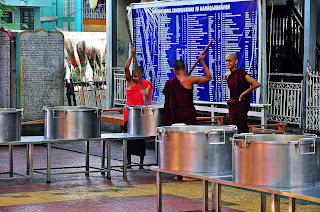 Stirring pots of rice with a paddle. 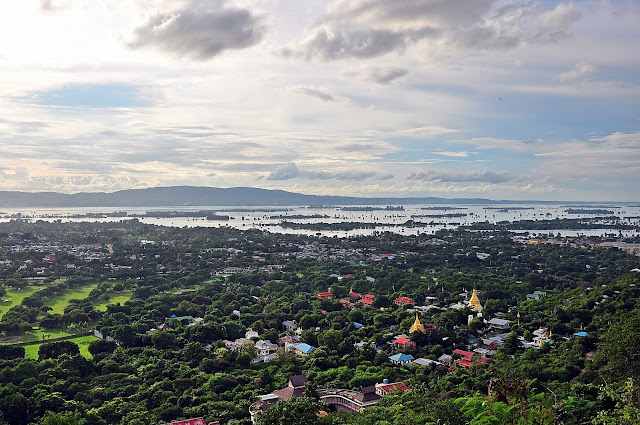 View of the flooded lake. 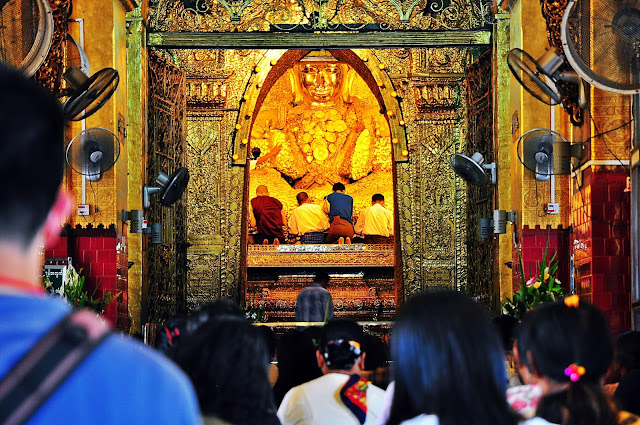 People prying while the buddha is being painted in layers of gold. 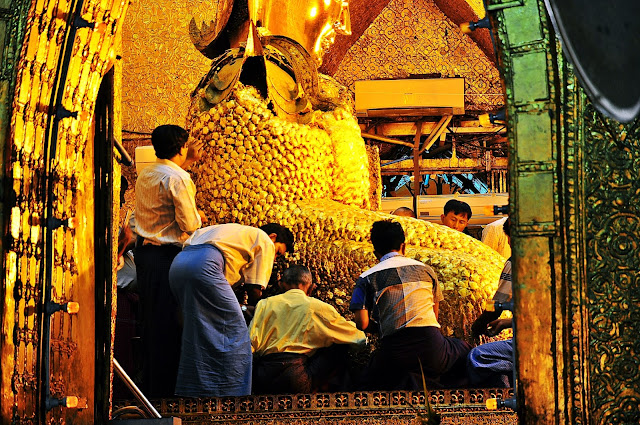 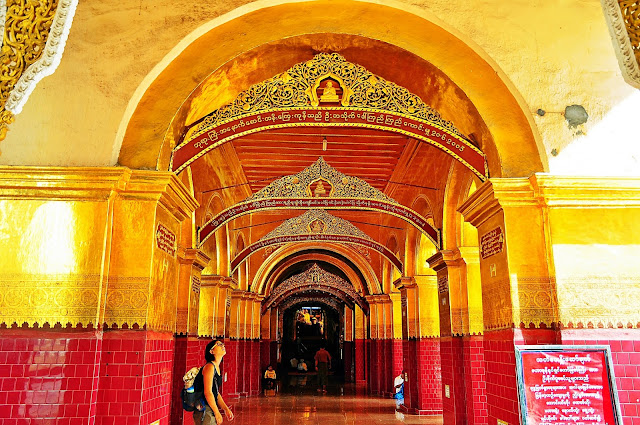