- October 19, 2013
I wasn't going to visit the DMZ just because I thought since I'm here already why not. And I didn't regret it. It was $77usd for a day tour with Korean lunch (Bulgogi). It was pretty weird being there. Knowing I am only steps away from North Korea. I had a brief conversation with our tour guide. She only started working the tour 3 years ago. Before then she said her and most Koreans have no knowledge that the DMZ and JSA existed which was surprising to me. The media here doesn't talk about it at all. And that the first time she came to visit, she was really scared of what will happen that a gun fire would start at anytime for whatever reason. It took her about a year to really get used to visiting the area.

There were a lot of rules that we had to follow: no finger pointing, no squatting down taking pictures (I know first hand), no taking pictures of South Korea at the border (only towards the North), no screaming or yelling...etc. We also have to form two lines like we are in a marching band. No wandering around freely.

We were given about 10 minutes total at the JSA before we had to leave. We were also given a certain amount of time to take pictures. 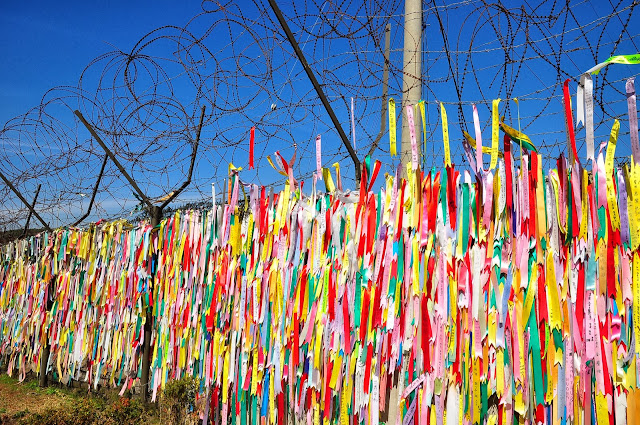 Buddhist Prayer Ribbons at the DMZ site in South Korea. Tied to the fence with messages of hope, dreams and wishes of unification. 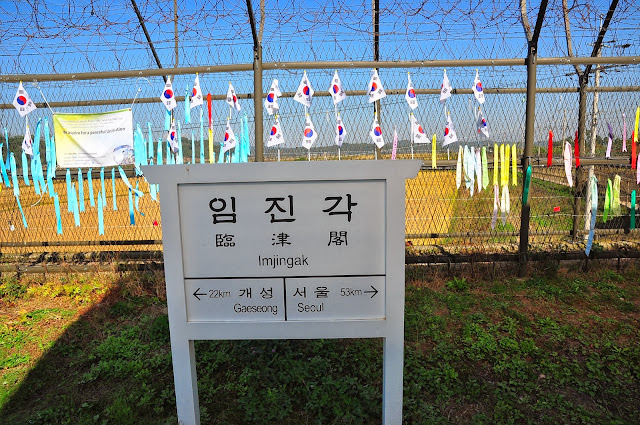 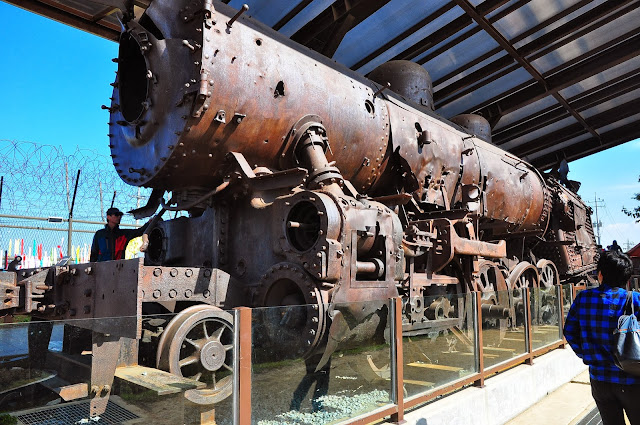 Destroyed train during the Korean War. You can see thousands of bullet dents and holes. 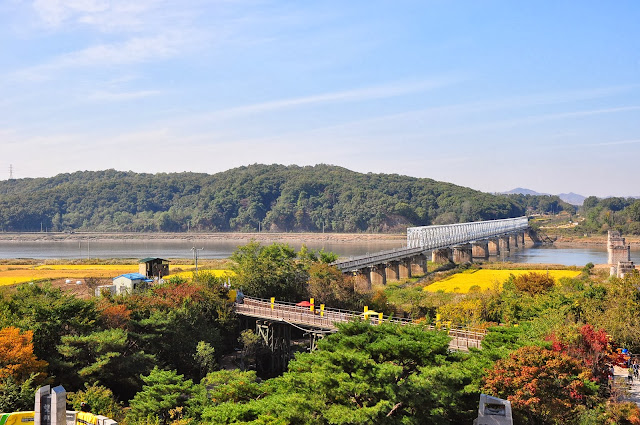 The Freedom Bridge, where nearly 13,000 prisoners of war were traded at the end of the Korean War. Because the DMZ is so heavily land-mined, and because any bridges existing before the war had long since been destroyed, this bridge was built with the express purpose of trading back prisoners of war. It’s a foot bridge only—prisoners were driven to the bridge, and then they walked across to return to their homes. 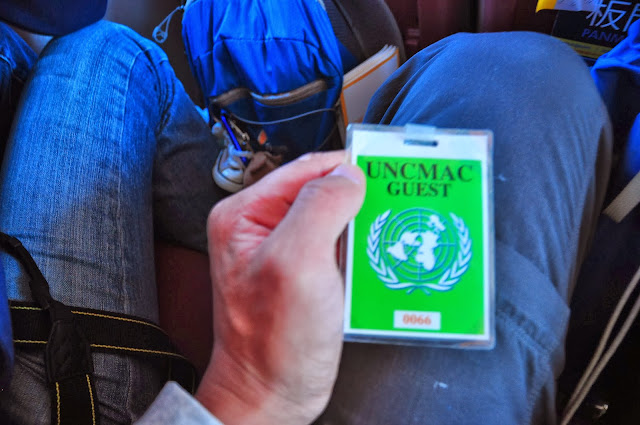 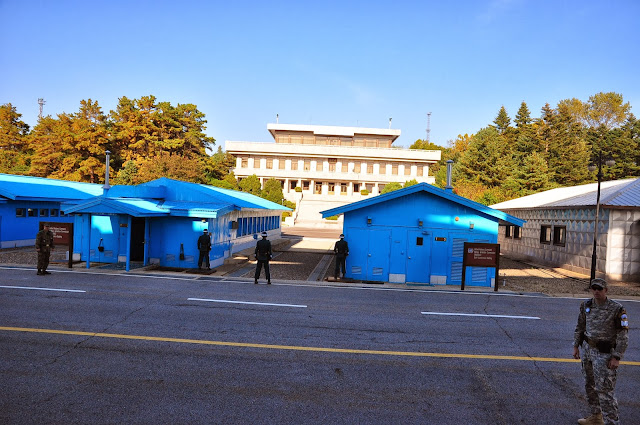 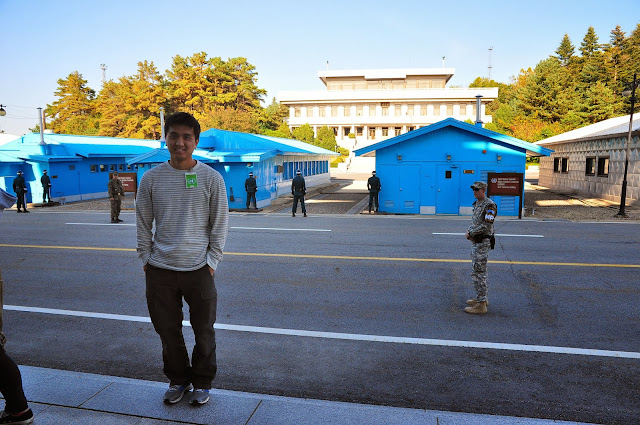 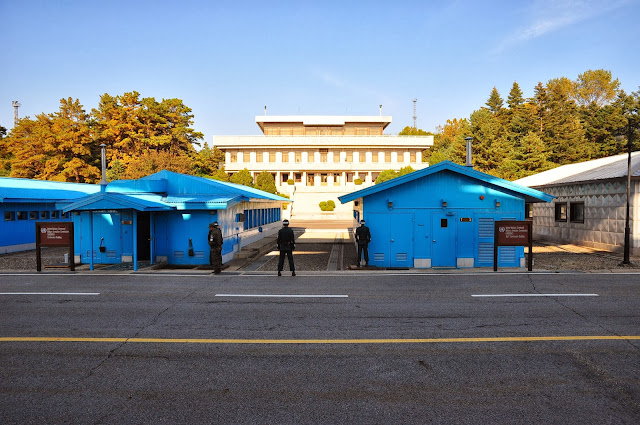 The building in the back is North Korea. 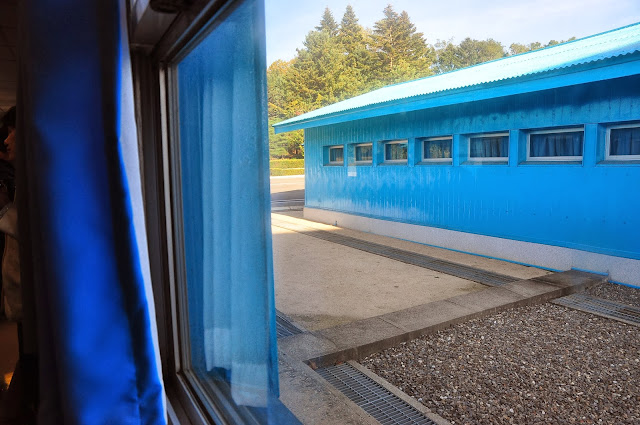 The sand road is North Korea. The gravel is South Korea. A war would probably start if someone step over that line over to North. 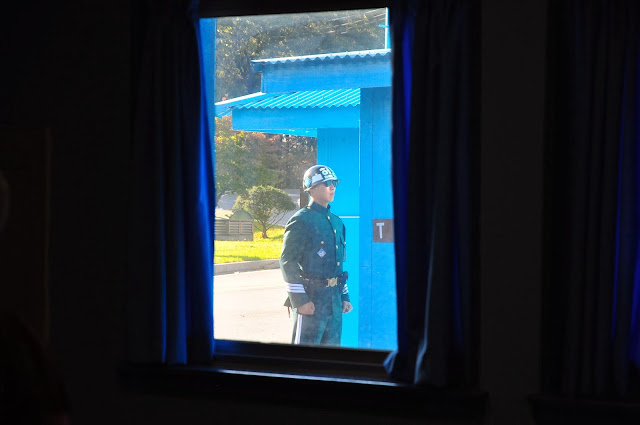 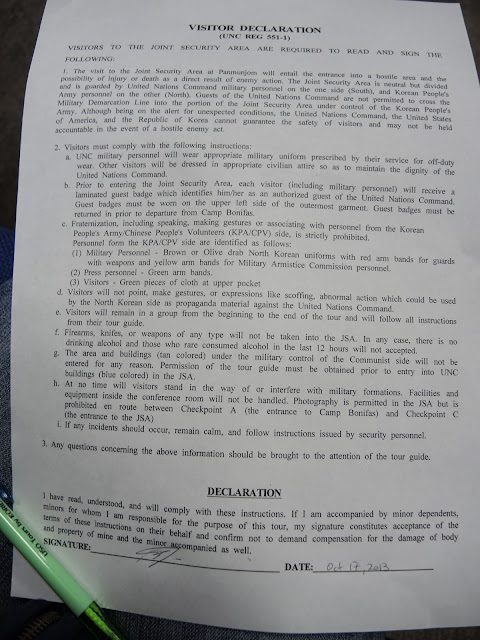 Rules before visiting the JSA. 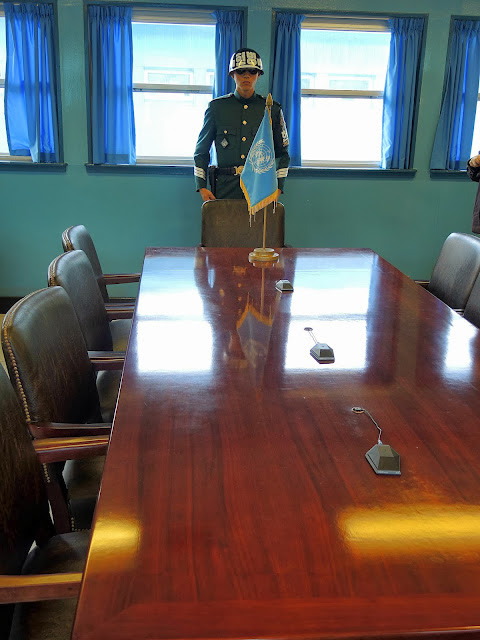