- October 03, 2013
Long story short. We flew back into Bangkok on the 26th from Yangon, Myanmar to catch a flight bright and early to Tanzania on the 27th. We wanted to save money and since the flight was at 8AM, there is really no point in paying for a night of hostel only to check out really early the next morning. So we went straight to Suvarnabhumi Airport (1 of 2 airports in BKK). Found a pretty sweet spot underneath the escalators. Also found out that most airport employees sleep at the airport because of their work schedule. I guess there is no need going home when you have to work again in 6 hours.

Woke up at 6am and about to go check in to Jet airways for our flight to Taz. The counter lady asked us if we have a return or an onward ticket out of Taz and we said no. She wouldn't let us check in because of that and they could be held responsible if immigration wouldn't let us into the country. Apparently they could get a huge fine for it.

We were pretty upset so we have about an hour to call up orbitz to change the flight. That hour ended up to be 3 hours. Obviously we missed our flight. And it was way too expensive to change the flight to a different time and day. So cancellation was our last option. Orbitz was able to give me a refund for the tickets. However, $160 per person cancellation fee. Ugh. oh well. That's part of traveling without a plan.

So at this point, we no longer have anywhere else to go. So we sat for a few hours at a cafe in the airport to use their free WIFI and pulled up the world up to see where we can go. That's one thing about having money and all the time in the world. We can go anywhere we want at anytime. We decided to go back to HK since flight from BKK was cheap and decide where to go next from there. I don't mind going back because food is awesome there. We booked the flight to HK for the next day for $150 from AirAsia.

That means spending another night at the airport again but a different airport (DMK). 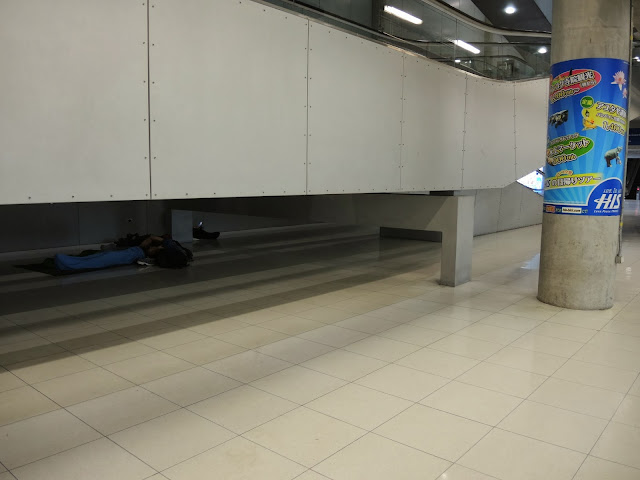 Took out my footprint for my text and my sleeping bag liner. Feels just like home. 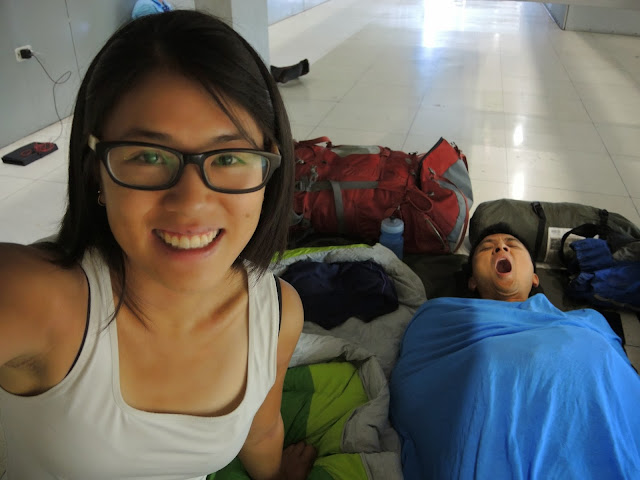 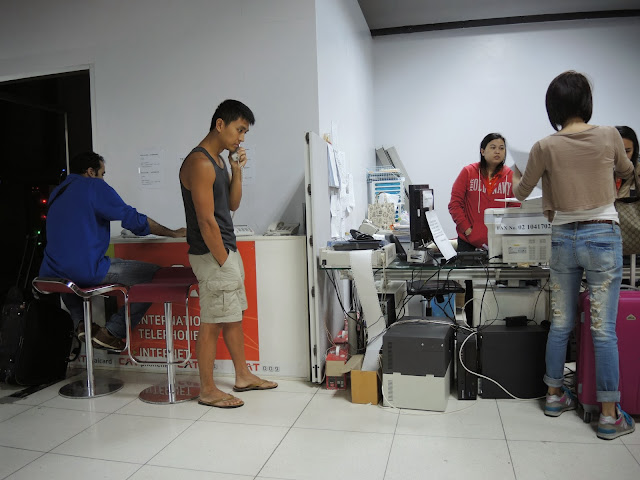 Bought a phone card for 300baht to call orbitz. a 3 hour phone call between Orbitz and Jet airways.  Lots of running back and forth. Ridiculous. 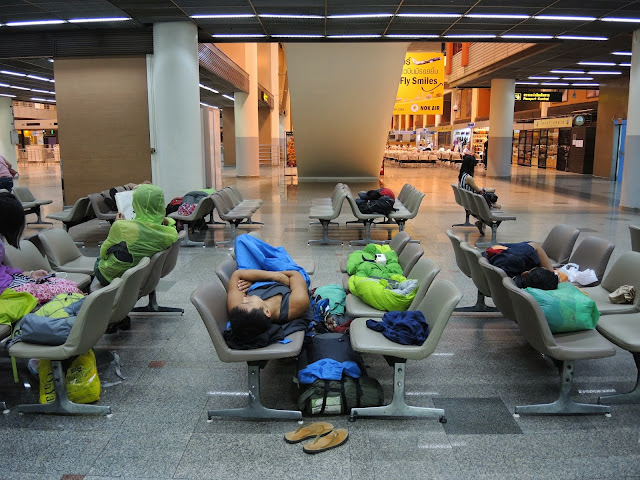 Second night at the airport. Different one. DMK Airport for our flight to HK at 6:30AM.