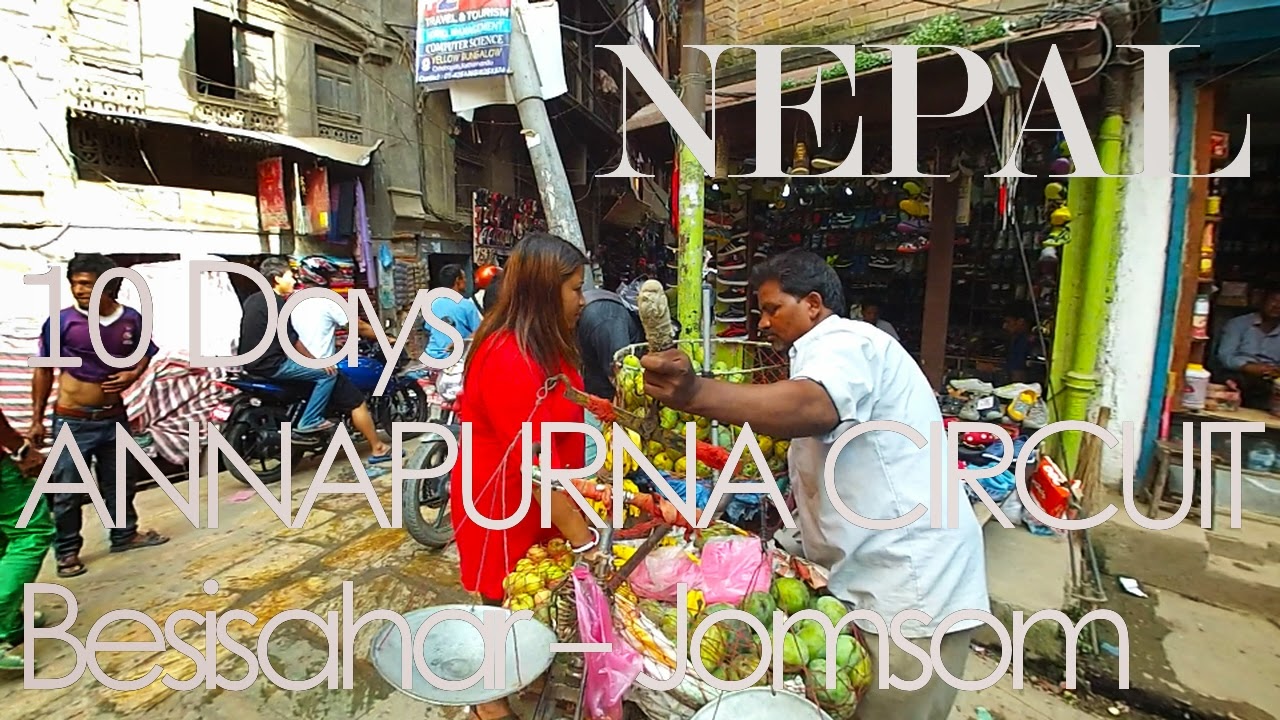 After China, my break from Hong Kong continued in Nepal. I had no idea what to expect from Nepal. All I really know from is the crazy high mountains they have. I didn't know what to expect from Kathmandu either. After spending 4 days there, it is probably the most insane city I've been to. I guess it is a lighter version of India. I didn't enjoy it at all the first time I was there.

Pokhara was the total opposite. It was touristy, but a lot quieter and also more expensive. The lakeside area anyway. The bus ride from Kathmandu to Pokhara only costed about $8usd. Beautiful scenery, but it's a long 6 to 7 hour bus ride around the mountain side. After Kathmandu, I spent another 3 days in Pokhara before heading out for the Annapurna Circuit trek.

I don't know what I was thinking planning to do a 17 to 21 day trek around the full circuit. The first three or four days were spent getting wet and trekking in wet clothes and walking through crazy waterfalls. After the 5th day, we got higher and the weather became more dry but still very cloudy. Still, I think I told myself I'm finished when I arrive in Jomsom. I didn't end up hiking up to Tilicho Lake, the highest lake in the world @ 4920 meters. I only made it to the Tilicho Base Camp, which was at 4100 meters due to altitude sickness. By the 10th day, after trekking up to Thorong La Pass @ 5400 meters and then 2000 meters straight back down to Mukineth, I had nothing left in me.

Instead of trekking the 17km from Mukineth to Jomsom, I took the jeep for only $8usd. It was a beautiful, bumpy an hour and a half ride to Jomsom. Sean and I met a few girls on the jeep ride and they recommended this hotel called Om's Home Hotel. We followed the girls to it and it was definitely by far the best hotel we have stayed at and most expensive as well for a whooping $15usd for a room for both of us. It was worth it.

The next day, I took a flight in a small propeller plane back to Pokhara. It was only a 15 minute flight, but costed me $109usd. The flight almost got cancelled. My flight was suppose to be at 7:30am. I didn't fly out until 11am. Since it's high up in the mountains, the weather conditions could get pretty dangerous for flying a small plane. Normally, they would not have any more flights after 12pm due to strong wind conditions.

If the flight had been canceled, I would have to take a 9 hour jeep ride back to Pokhara.  I got lucky.

After that, I spent a night in Pokhara then took the bus back to Kathmandu the next day. This second time around, I enjoyed Kathmandu more. Maybe it was the people I met and hung out with for the next few days.

Anyways, video below shows a bit of Kathmandu and the trek. Enjoy!