A few things I learned about driving in the UK 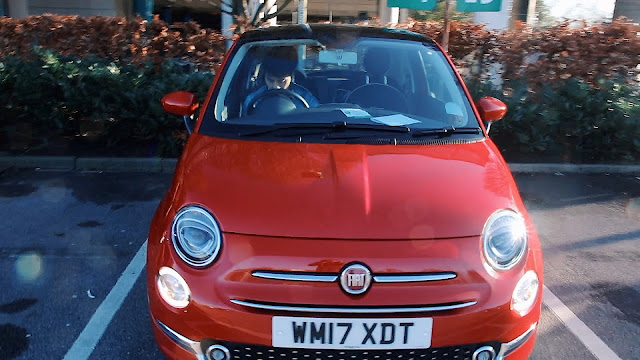 1. Most obviously, they drive on the opposite side
This was mostly ok, but always caused us confusion on which side to get in the car. It also meant we weren't quite used to how much space we had on the far side while driving. In my case that means I went over a few curbs.. good thing the curbs aren't very high. This reversal also meant my entire career of driving manual had to be flipped opposite. Turns out it's not such a difficult transition as the pedal situation is all the same, but my ability to shift gears using my left hand does leave a little to be desired. Finally, we had a hard time getting used to which side the windshield wiper and which side is the turning signals when we drove in Australia. Good thing that muscle memory seems to have held on somehow.. it's not half as hard this time around. Good thing too 'cuz it rains a tonne here. *sigh.

3. Their traffic lights go from red to yellow to green
Yeah.. it's a bit weird. It's like.. giving you time to get ready to drive.. or something.

4. You can't turn left on a red light
This was non-intuitive, so we did have to ask our UK friends about this. The first time it happened and we didn't know, we erred on the side of caution and stayed put. No honks behind us gave us a clue we were doing the right thing.

5.  Lanes are supppperrr narrow
I'd heard about this, and I knew I should expect it, but somehow, it was still somewhat of a shock at exactly how narrow it can get. Even driving our tiny red Fiat, I often felt like I was exactly the width of the lane. It's going to be a learning curve driving our new Vauxhall!

6. Parking is allowed anywhere unless there are double yellow lines
Anywhere means literally.. anywhere. Even on single lane roads, people tend to just park.. essentially blocking off the entire lane. It's up to you to drive into the opposite traffic lane safely to get around them.

7. Parking is willy nilly
Unlike the Americas, where you only really park in the same direction of flowing traffic, people in the UK will park in any direction they want. So don't be surprised if a car from the opposite lane pulls across in front of you to get into a parking spot on your side of traffic.

Anything else I've missed? Let me know :)
United Kingdom