- February 06, 2018
Our last week in Norway was spent in the southwest corner of the country. We left the Volda/Alesund area and took a well known/touristy ferry (a really big ferry, actually probably a mini cruise as it DID have a pool on it) to Bergen. Unfortunately it left at 1am, which left us stranded for a while in the ferry terminal as we waited from around 9:30pm until it came. This definitely left a lot of time to kill and some odd shenanigans to happen in the waiting rooms.

The MS Finnmaker was a midsized ship that typically takes tourists up along the west coast of Norway to some of its furthest northern tips, mostly in hopes of finding the Northern Lights. Sadly, we didn’t see them while we were in Volda, as the skies were never clear enough in the evenings, and Bergen would be too far south to see them.
The ferry ride was 13.5 hours, so we had booked a cabin to spend the night. As far as typical cruise type berths, this was not much different. We did pay for a small upgrade to have a TV, coffee maker AND a decent sized window in the room. The fare also included breakfast, which was actually a very nice spread, and we were comfortably stuffed by the time we were done.


Our friend Nils’ brother, Arne, picked us up from the ferry terminal in Bergen in the midst of a rainshower (of course), and drove us to his house to make a quick midday pasta meal before we borrowed his car to drive 6 hours down to Hjelsmeford. We had booked 3 nights at a boat house airbnb and planned to do a few popular hikes in the area.

The next day, we suited up for a snowstorm (you never know in Norway), and headed to the nearby Preikestolen hike, a popular 4km hike out to a precipice made popular by instagram or something, called Pulpit Rock or Preikestolen. Interestingly, we shared the photo op with a rather large group of people who seemed to all know each other. We later found out, they were all the members of Disney on Ice (Frozen) who were in town to do the show. How fitting. Also explained why all of them could do amazing lifts and balances on the edge of said precipice. Unfortunately, the fog was pretty intense that day, so we weren't able to see much more than 20 feet in front of us, obscuring the amazing view that Preikestolen is known for. We still managed to take a few good shots of the cliff itself, and then headed back in the midst of an actual snowstorm. 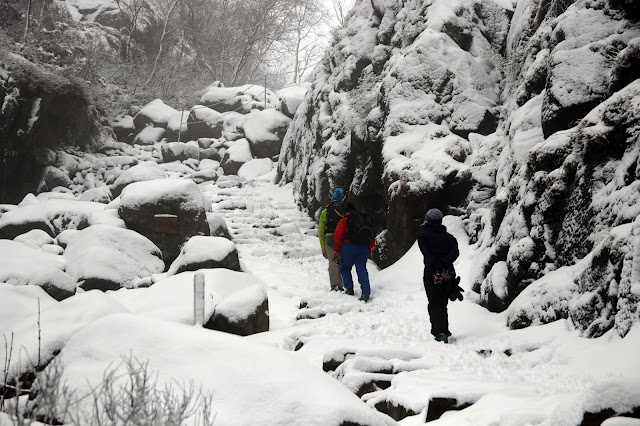 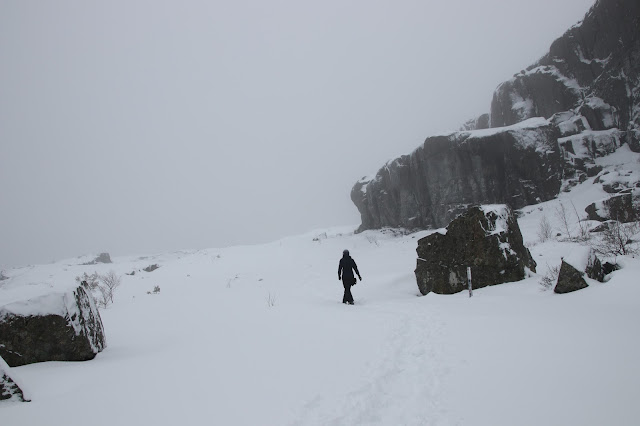 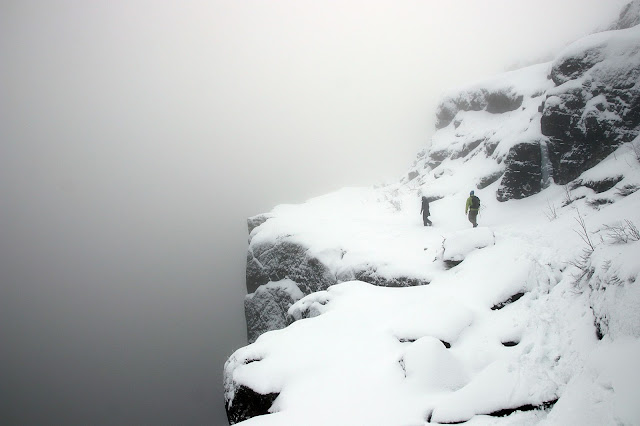 We spent the next day at the boathouse, Phil was recovering from a stomach bug, and then we were back off towards Bergen the day after. We took the scenic route and ended up stuck at a closed road for an hour before they cleaned up a wreck further along the road. It was interesting to how the weather was so drastically different in just a few hundred km. The snow level went from non-existent to higher than the car itself at some points. We made the effort to try and make snow angels at one point using the drones to take pictures... it was monumentally more effort just trying to climb over the incredibly high snowbanks than making the snow angels themselves.

We took a few pictures of some picturesque waterfalls and then took the ferry back to Bergen.

Bergen is the 2nd largest city in Norway and it's very very old. We took our time checking out the view from the top of Mount Floyen and then wandering around downtown.


Many of the buildings and the cobblestone lined streets reminded me of Old Montreal. We had a taste of some popular fish cakes from Sostrene Hagalin and then had lunch at McDonald's, mostly to fulfill Phil's birthday wishes of eating a big mac in every country we visited. We also meandered by the famous Bryggen, a row of German built houses that were named a UNESCO heritage site in 1979. It was pretty fun walking around these buildings that all leaned precariously from one side to another. Stairways and walkways were significantly slanted, and doors and windows just looked strange sitting in frames that were no longer straight. 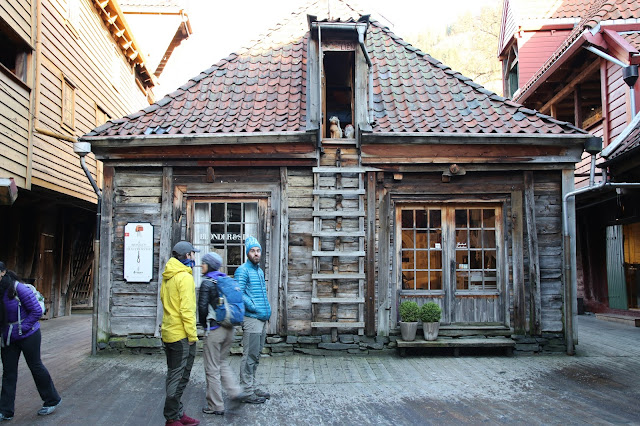 And so ended our journey in Norway... a place of incredibly wild beauty, hardy and honest people and tons of history.

Check out the video about our trip below!