- February 02, 2018
We've been staying with a friend of ours who lives in Norway and hence, knows all the places to bring us. The weather hasn't been the most cooperative since we've arrived so we've had to adjust our excursions accordingly.

The first place we went was the small island of Runde, about an hour and a half drive from Volda along many many bridges that connect many small islands. It's known in the summer to be a beautiful place to go birdwatching. We had the place to ourselves, with some amazing views of the ocean and the small towns/buildings littering the west coastlines. It was a good thing we decided to invest in waterproof/windproof gear before coming because it was definitely put to the test. As the Norwegians like to say, there's no bad weather, just bad gear. 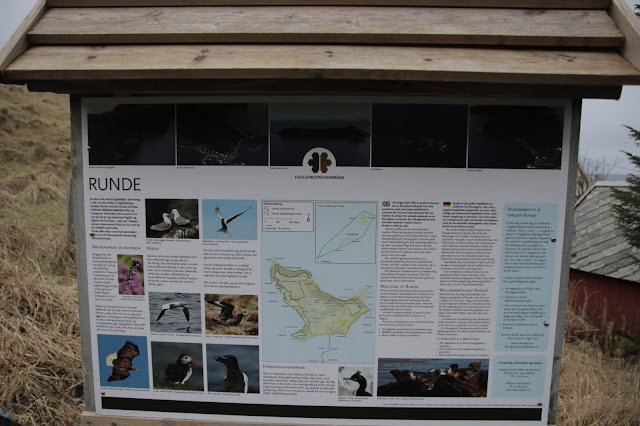 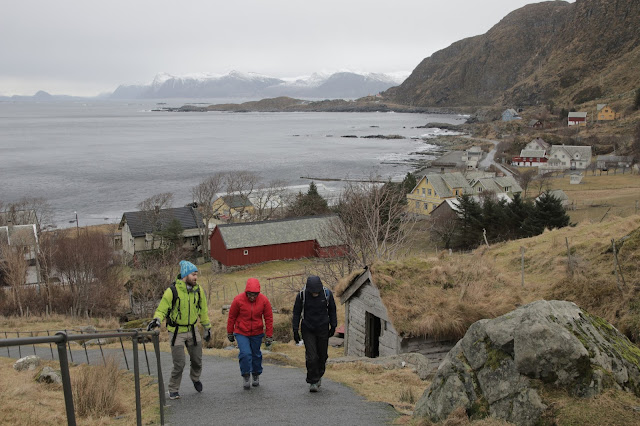 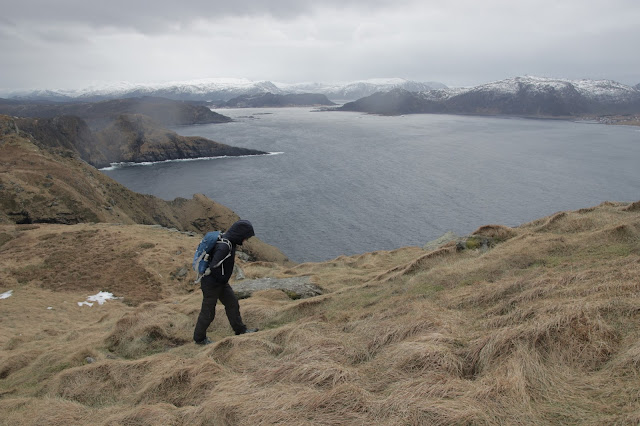 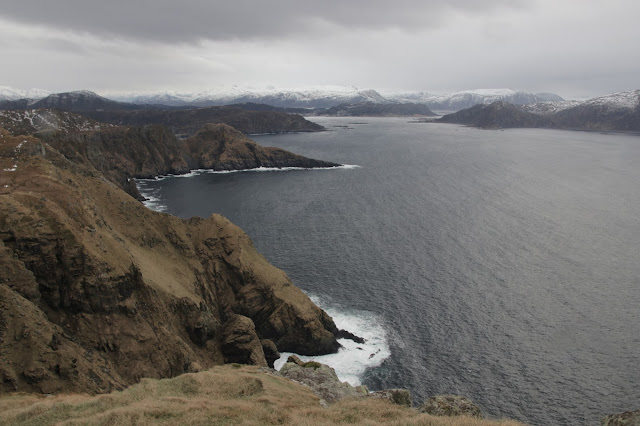 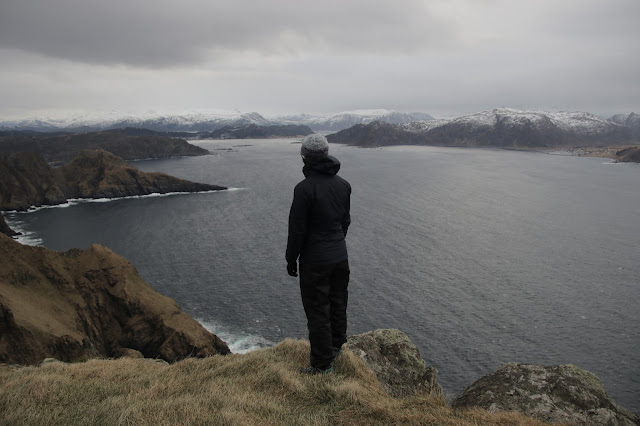 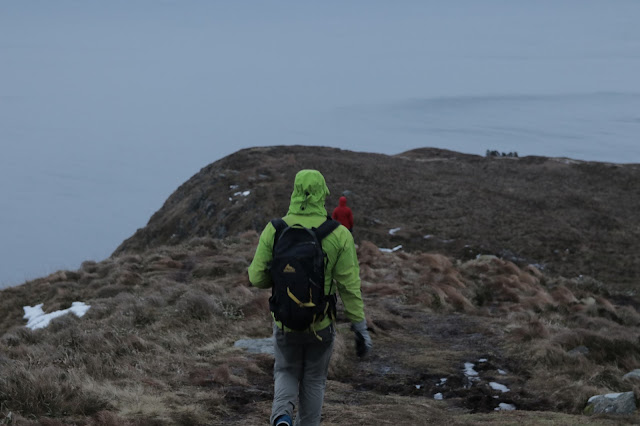 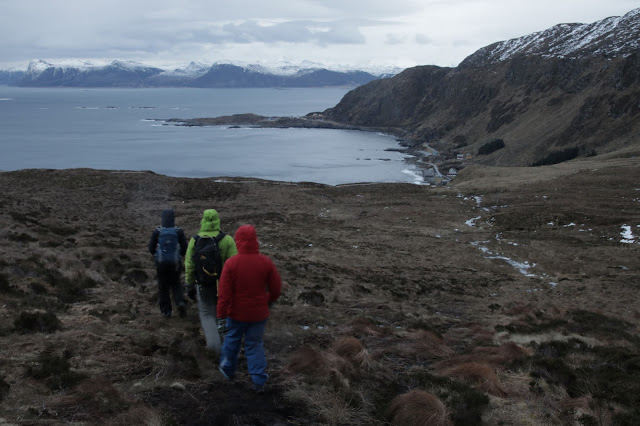 Our second destination this past week was Geiranger, another famous fjord that many tourists and cruise ships visit in the summer. In the winter, it's a little less happening, but no less amazing. We stayed overnight at an apartment at the nearby Eidsdal, so the trip to Geiranger was pretty straightforward. This was also the location of the Norwegian film, The Wave. Thankfully, no sudden tsunami's hit us while we were there. We drove up to the flydalsjuvet lookout to take a few cool pictures and experiment with Nils' drone. Later we did a short snowshoe hike up to the frozen Storseterfossen waterfall, which is famous for being able to walk behind it. It was a pretty rough hike, mostly because we couldn't exactly follow the trail, so we were making it up as we went along. The waterfall was definitely worth it. 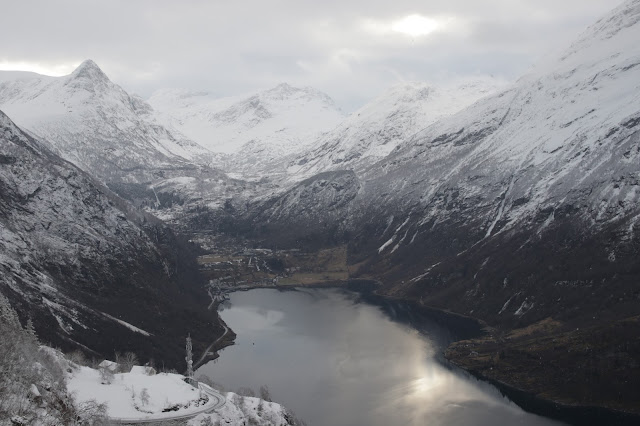 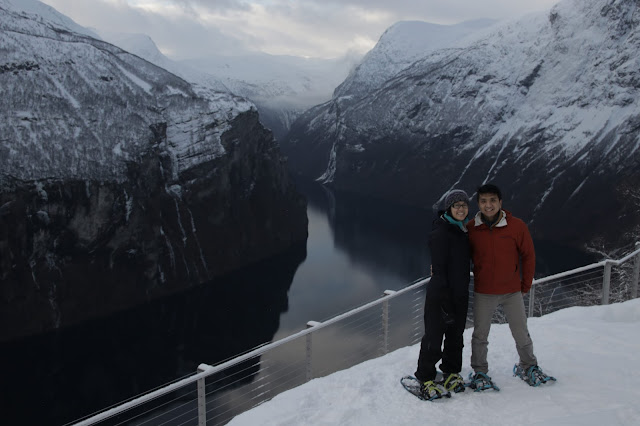 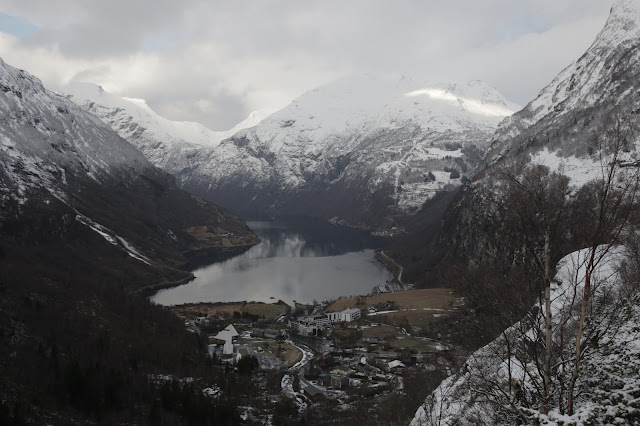 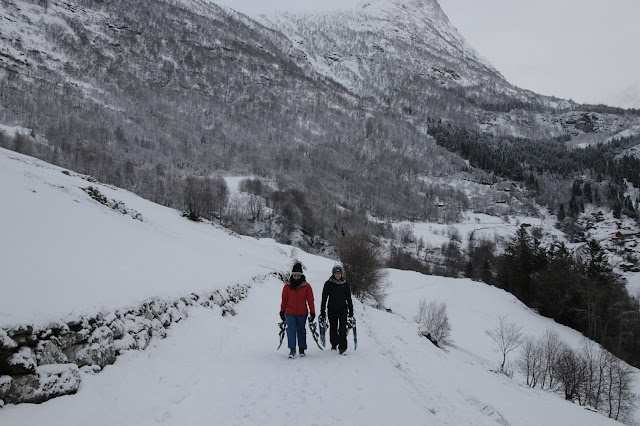 The weather wasn't the most cooperative in the following days, so after we got back to Volda, we only managed a short outing to a nearby beach area, Flø, to take a few pictures. While we didn't take any pictures of the beach itself, it was an odd thing to see snow covered beaches. 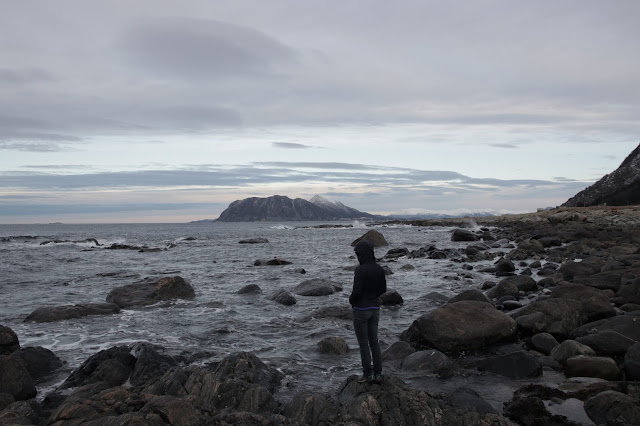 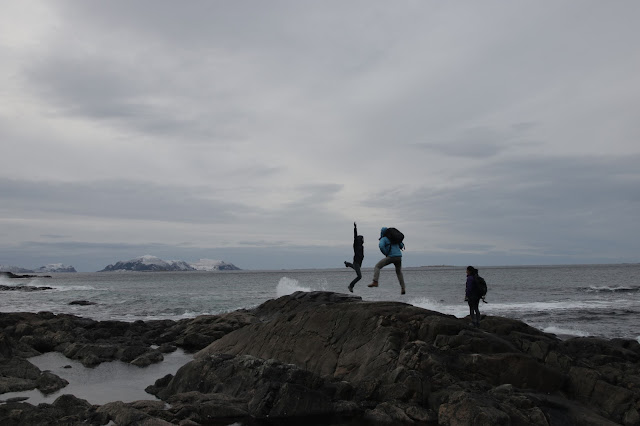 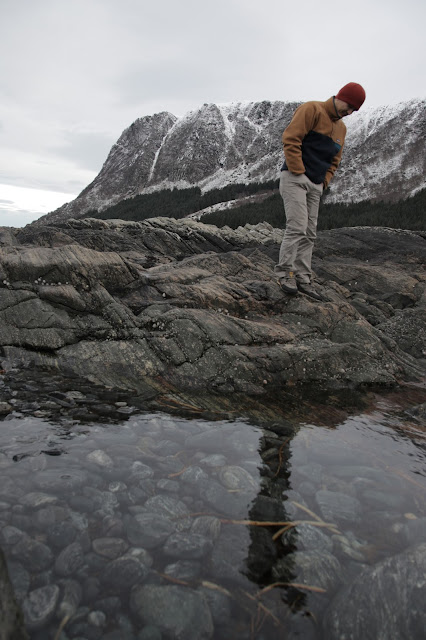 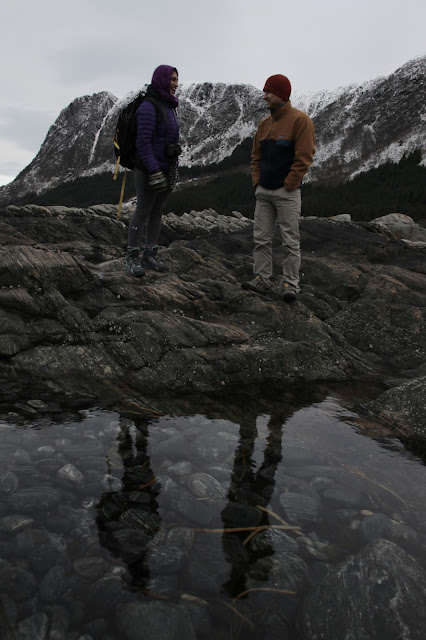 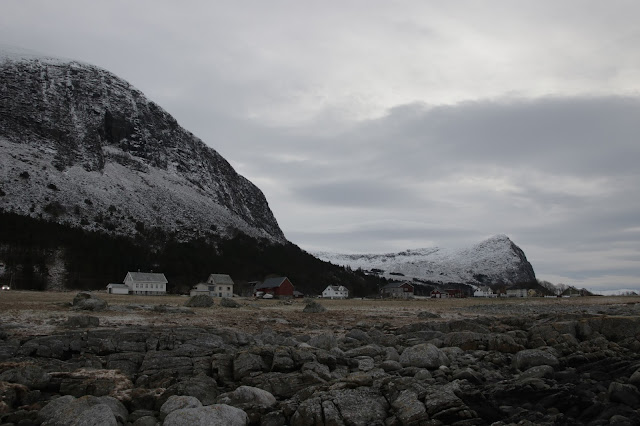 There you have it, a picture tour of Norway in the winter!