Climbing heartbreak in Meteora, and adventure time in Albania!

- July 21, 2018
On one of the free walking tours we had done in Athens, a fellow traveler from Spain suggested we stop by a small town by the name of Meteora on our way north. He described it as a set of cliffs with amazing monastaries perched on top of them and good hiking all around. We were pretty psyched to see it, so onto our list it went. For a pretty uneventful drive up, it was the perfect pitstop. We were greeted with amazing views of the cliffs even at miles away, and when we finally wound our way up to the tops of them, the view that greeted us was nothing short of spectacular. I'd done a bit of research on our way out, and to our delight, found out it was a great climbing spot too! Many described the climbs as interesting due to the nature of the rock, a conglomerate type of rock, which reminded me of some of the climbing we'd done in California at Pinnacles National Park. We arrived in the evening and checked out a few of the monasteries, though they were closed, before picking a huge pull out to make dinner and sleep.

By the next morning, Phil had his climb picked out, a beautiful 9 pitch climb up one of the pinnacles. We woke up to the sound of rain, which stopped fairy quickly.. so we hopefully tried to give it a few hours to dry, spending the time walking around another monastery.. Around noon, we decided we'd have to go for it, or we wouldn't have enough time.. so we booked it back down to the base of the climb, and started racking up... halfway through, the light but distinct sound of pitter pattering on the roof of our van crushed our hopes.. what a bummer.


Due to our time limitations under the Schengen visa, we knew we had to get going as we had to get over to Albania within the next day or so. From the beginning we knew we would have to spend a significant period of time in the Balkan countries, which are as of yet, not a part of the Schengen agreement, so any more days spent in Greece (which were forecasted to rain anyway) just didn't make sense. Alas, it was not to be, and as it stands, we'll just have to return again one day to climb here!

For those who don't know, the Schengen are a group of countries that have signed an agreement removing border restrictions between them, to enhance ease of business/travel between them. However, most traveling visas to Western Europe stipulate that you can only spend 90 days out of 180 days in any of these Schengen countries. Therefore, we had to plan our trip around this and tried to spend a month and a half getting the UK to the Balkans where we could comfortably spend a month in before having another month and a half to get back to the UK. Currently, the countries that fall under this agreement can be found here. This is a little bit different than the countries who are a part of the European Union, so there are a few EU countries that do not use the Euro, while there are a few non-EU countries that do.. all in all, it was a little confusing at times, but following the list from the link above was sufficient for us.

While both Phil and I had never expected to be going to Albania, it only made sense in the round trip around Europe we were doing, so we decided to come in from Greece via one of the lesser trafficked border entries. Online research told us that the others were busy, chaotic and confusing, so we opted for a mountain pass border control.


The border crossing was completely empty. We didn't even know which lane to enter, but in the end, following another car that suddenly appeared, we sorted it out and went on through. At the Albanian checkpoint, we knew we were supposed to purchase some sort of insurance, but as it was such a small crossing, they didn't have an insurance company on hand, and suggested we buy it at the next "big town" (ie. Permet), the town we'd planned to stay the night in. The border crossing guard asked us why we decided to come to this particular crossing, and asked if it was Google Maps that had sent us this way, which indeed it had, though our destination was easiest reached from this crossing anyway. He laughed and said, it happens to everyone who follows Google maps, and then warned us that part of the road had washed out a ways in, but assured us with careful driving, our van should be just fine. With the online comments of poor road conditions in Albania already giving us some apprehension, leaving the border control with this new information left us a little more than slightly unnerved.

The first hour or so seemed to be alright, and we were happy to see what amazing countryside and mountains Albania had, with tons of shepherds/sheep, and tiny towns dotting the hillsides (and occasionally crossing the roads). The bright blue sky and brilliant sunshine lifted our spirits and we settled in a little more comfortably into this unknown territory. Progressively, the roads did get worse, and as we continued up a few switchbacked mountain roads, we came along a construction site with a few men and huge excavator. With these roads seeming to be little wider than a single vehicle, we had no idea how we'd get past it. Some things are just easier seen than explained, so check out our video below to see how it ended up! 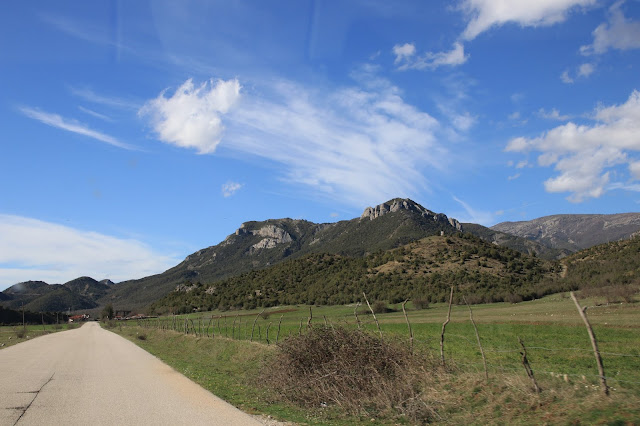 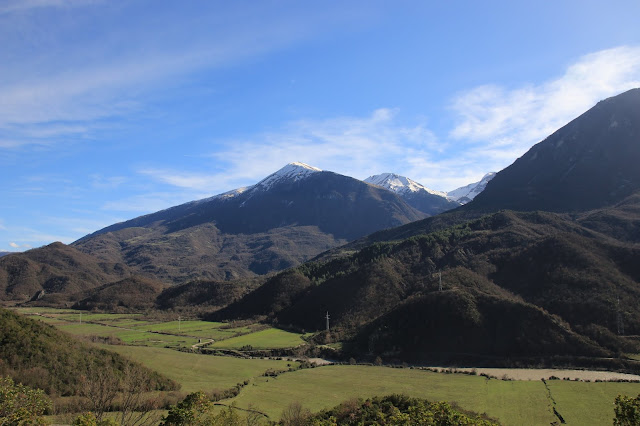 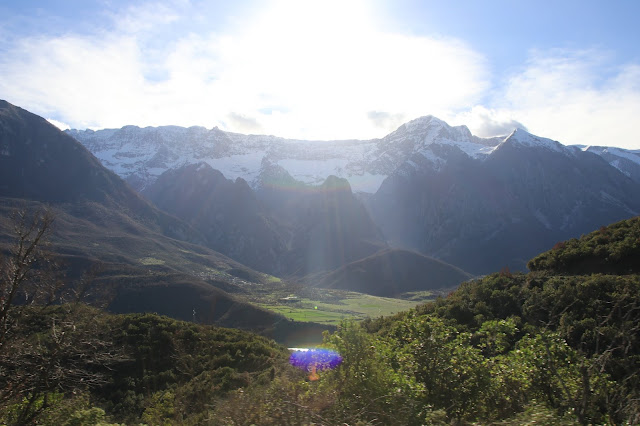