Montenegro and it's turquoise blue waters

- July 21, 2018
Montenegro was another shift in culture from Albania. As soon as we'd crossed into the country, we had to switch gears from Albanian Lek, right back to Euros, even though Montenegro was not, that we knew, part of the EU. Things were also a little pricier than Albania, but then again, the difference in infrastructure was significant. However, the same beautiful turquoise blue ocean and rivers was still a welcome similarity between the two countries, and the coastline never failed to take our breath away.

Our first stop was Ulcinj, a small port town, that wasn't quite big enough to host cruise ships, but was on the up and coming edge for revamping their appeal to Russian tourists. We hung out here and had a really excellent meal at a random restaurant that was open (many were closed as it wasn't at all tourist season yet), called Decanter. This place turned out to be AMAZING. Prices were still very reasonable, and the starter bowl (pretty big one too) of fish soup that I ordered, was I think a sortof sister to a French Bouillabaisse. Anyway, we regret not going back there again for dinner, instead, getting sucked into one of the coastal side bar/restaurants, which was a disappointment to say the least. In any case, Ulcinj was a nice break into Montenegro life, very quiet, with a nice tiny walled old town to wander around in on our own. 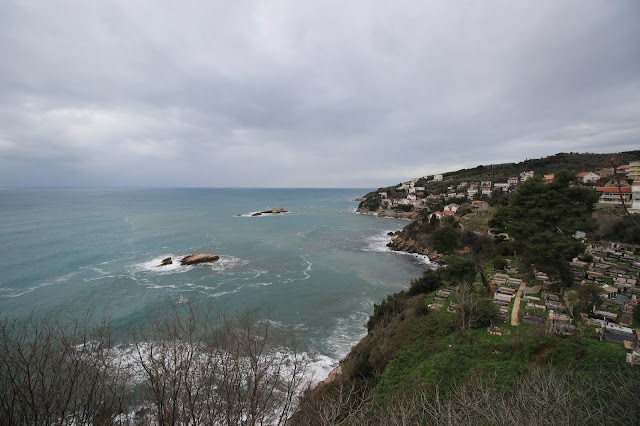 We decided to head inland for a while, so our next stop was to Stari Bar, a small town, with another historic castle, and some pretty fun ruins to wander around in. The steep road leading up to the entrance of the castle also had a few restaurants open (again, not many as it was low season), and we stopped for a small snack at a place called Bedem. They had honey and nutella crepes, and gave us a sample of local olives that really were delicious. 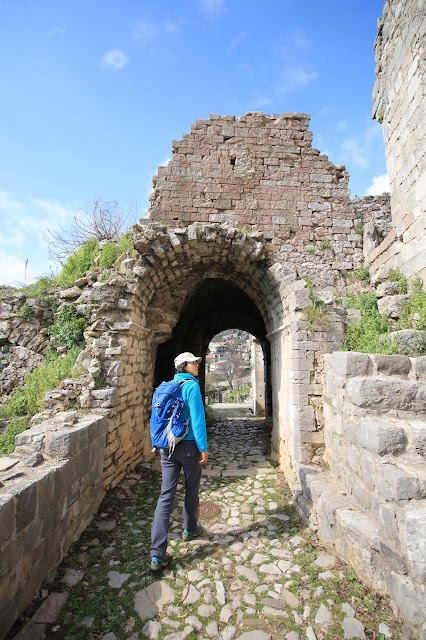 Our next stop was Virpazar, a tiny (and I mean, VERY tiny), town that's entirely surrounded by water with 3 bridges linking it to the mainland. As it'd been raining pretty consistently the past month, the town was particularly flooded as you can see below.

With our detour inland at an end, we decided to head back towards the coast, but opted to skip the 5 Euro toll and head up the smaller roads to get back west. Little did we know there was still snow up in those mountains! It was quite a lucky thing that we didn't have any trouble getting up and down those narrow roads with hairpin turns in barely melted tire tracks.

We made it back to the coastal town of Petrovac and took a short walk on the boardwalk to take pictures of the tiny island with a church on it. 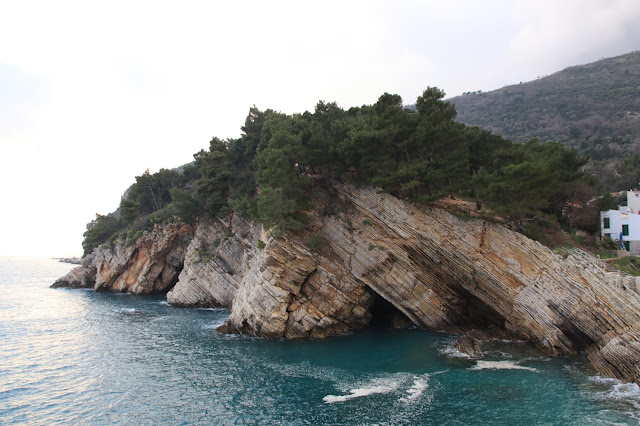 Deciding to spend the night at Budva, we pushed on, passing a beautiful sunset at the Aman Sveti Stefan Resort, which no longer allows tourists not paying for a night there, onto the island (bummer).


Not finding Budva much more than a lot of touristy shopping, we decided to head back inland to check out the "Horseshoe Bend of Montenegro," aka: Pavlova Strana, another outcropping of the huge Lake Skadarsko.


We'd heard the Montenegro was an amazing place to go hiking, so we decided we'd check it out. Phil found a great hike in the Mrtvica Canyon, and I'll write a post about that one alone.

After our hike, we stopped by Ostrog Monastery, a white monastery cut directly into the rock behind it. The frescoes are beautifully maintained in the dome like rooms inside. Many pilgrims were there, making the very long and very steep hike directly up the cliff to the monastery. 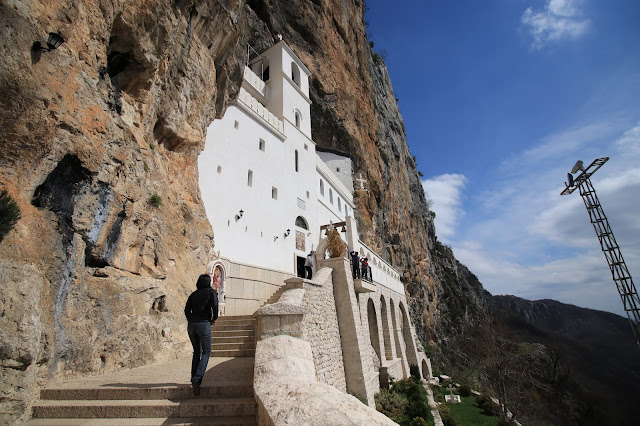 Finally we arrived in Kotor, a hugely popular cruise port, tucked deep in the Bay of Kotor. Many of the park4night suggestions were less than helpful, as some of the "good spots" such as an abandoned hotel, was now gated closed, and now unavailable for stealth campers. We did however, see a couple of backpackers hop the fence to try and set up a tent behind the hotel, but they were pretty quickly run off by security (or local squatters?). Another recommendation was a large parking lot/field that seemed not to be serving any specific place, and had many local delivery vehicles and cars parked in it, but a random man who watched us enter and then followed us and started circling our van gave us the creeps enough for us to find another location.  In the end, we parked for free on the street. A bit noisy, and lots of foot traffic, but it's the beauty of living in a stealth van.

Kotor had a huge old town, kept in great condition, but also incredibly geared towards the hordes of cruise tourists that came in every other day. It was still nice to wander in and out of, and we particularly enjoyed a well maintained hike up to the Castle of San Giovanni, which gave amazing views of the entire town, bay and surrounding landscapes. We even had the luck to witness a proposal halfway up the hike!


Before we left the Bay, we stopped at the tiny town of Perast to hop on a water taxi and see the Lady of the Rock church. Seems to be a thing in Montenegro, having churches in the middle of bodies of water. The legend behind this one was that a sailor had found a painting of the Virgin Mary on a rock in the middle of this lake. Believing it was a sign, he made a promise to build a church on that spot. Every time he passed this spot, he'd drop a rock, and soon others started to help him. Eventually they sank a few old boats down to provide enough of a foundation to create an entirely man made island for the church to built on. While there's a small entrance fee, you can ask the caretakers questions about all the things in the church (donations and gifts sailors would leave to pray for safe passage on the waters), and you can even touch the stone itself via a hole behind the alter. A pretty small but fascinating church to visit. Half an hour there was more than enough time to spend there. 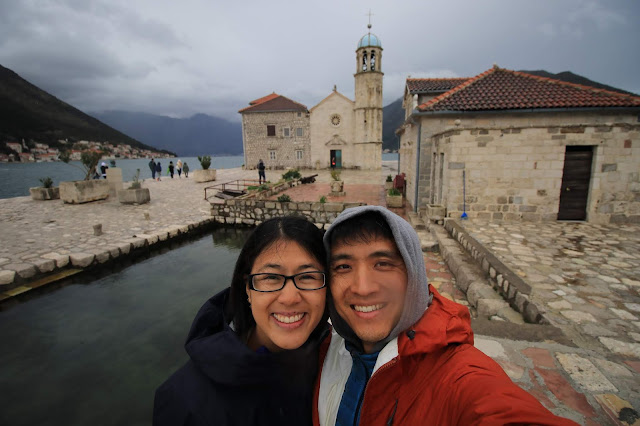 That was it for Montenegro! Onwards to Croatia!